Sunday’s weather forecast was calling for an absolutely perfect day. Even though I early afternoon commitments that I couldn’t get out of there was no way I wasn’t going to get the kayak into the water. I arrived at the Lennoxville Road boat ramp around 9:30 AM. I wasn’t the only kayaker with the idea of enjoying some of this beautiful day on the water. There were two more folks getting ready to launch their boats with a third kayaker already in the water waiting on them. We exchanged pleasantries, they headed west on Taylor’s Creek. I headed east. 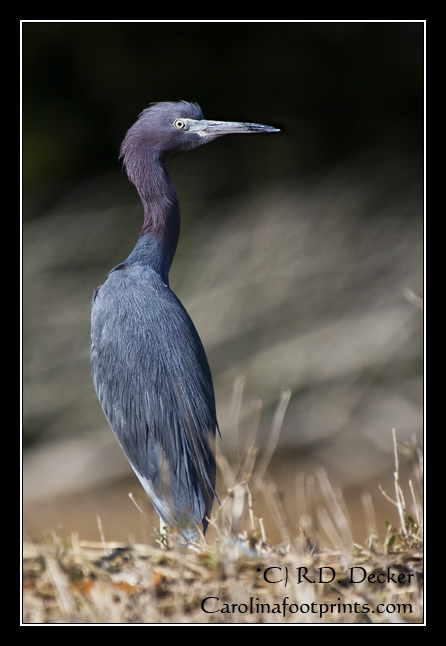 My float plan was to travel west along the inside edge of the reserve, navigate around the east end of the island then explore the sound side shore while paddling west. The weather was absolutely wonderful… blue skies and golden sunshine. The water was mirror-like calm with the only ripples being those caused by the forward motion of my kayak. Within a couple minutes I spied a couple of herons on the shore and carefully paddled towards them for a closer look. One was beautiful Little Blue Heron. The other a Tri-color Heron. Quite a treat indeed. I paddled slightly past them before moving in closer to shore, then allowed the current to move me nearer them for some photographs.

As I rounded the end of the island, paddling through the North River Channel, I looked up to see an Osprey pearched high atop a tree and eying my progress. The high sun angle bathed this large raptor in very harsh light, light that was not at all desireable for photography. Additionally, the angle from my boat. so close to the surface of the water, to his high perch was extreme and wouldn’t make for a very interesting shot. As such I just continued along my way with the hope of crossing paths with him again under more favorable conditions.

Paddling along the Southeast end of Carrot Island and moving towards Horse Island the shore line, if you can call it that, was largely marshland. As I paddled ahead I began to get a bit discouraged despite of the warm sun and fresh sea air. I just wasn’t encountering any kind of wildlife. As pleasant as paddling is, especially on such a fine spring day, it’s seeing wildlife that pleases me most. After a while a lagoon opened up and I could see Banker Horses feeding along the water’s edge. I navigated my kayak in closer for a look and to make some photographs. Now if you walk up towards a horse, even a very domesticated horse, the animal will tend to look up at you to see what you’re up to. These are feral horses, wild and free. You’d expect them to be even more suspecious. Yet my approach from the water caused them no alarm. Not a single horse raised it’s head to look at me! While its very cool how approachable animals are when paddling a kayak, a photo of one of the horses without it’s head down would’ve been pretty nice too.

Leaving the lagoon I continued paddling west along the the reserve. I really was hoping to find some American Oyster Catchers. But I was starting to wonder if I was going to find any. As thoughts of doubt ran through my mind I noticed a fairly large dark bird flying straight towards me. As it passed on my port side I immediately recognized it as an Oyster Catcher. My thoughts of doubt changed to excitement and anticipation. “I must be getting close!”

Ahead I noticed a small island with a large number of birds on it. On the shore beyond the little island of oyster shells I could see several Great Egrets and, beyond them a few Banker Horses. Moving closer I was astounded by the variety of birds sharing that one little patch of dry gound. Brown birds, black birds, white birds… feathered creatures large and small, there was certainly quite a gathering there. Among them several American Oyster Catchers. I paddled a bit up current and allowed my kayak to drift up against the island. The birds were surprisingly calm about my close proximity.

After getting my fill of photos of the birds on the little island I paddled over to get a few shots for the Great Egrets. Then I noticed a flock of Red-breasted Mergansers swimming nearby and paddled in their direction. Ducks tend to be quite nervous of people and rightly so. After all, they’re known for tasting good! These guys were certainly a bit nervous about my presence but as long as I allowed the wind and current to move me towards them, rather than paddling, I was able to get reasonbly close. In my mind this is a fairly exotic looking duck and I was pleased to be able to add a few images of the species to my collection.

Since it was nearly high tide and time was quickly sliding by I decided to see if I could cut through the shallow channel across the island rather than retracing my steps back the way I’d come. As it worked out it was no problem paddling through the channel to Taylor’s creek. However, I don’t think there’s anyway it could be done at low-tide. The short-cut reduced my return to the boat ramp by almost and hour from what I’d originally planned, leaving me a bit of extra time to get ready for my afternoon commitment.

I’m awe struck by the variety of birds I saw in this short, two-hour paddle. While I didn’t photograph every species of bird I saw I observed the following: Little Blue Heron, Tri-color Heron, Grackle, Osprey, American Oyster Catcher, Marbled Godwit, Dunlin, Willet, Lesser Tern, Black-bellied Plover, Great Egret, Laughing Gull, Ring-billed Gull, and White Ibis. Truth be told I probably forgot a few! The abundance of birds to be seen along the Crystal Coast in the spring is simply astounding. Well worth the effort of exploring the area by kayak. 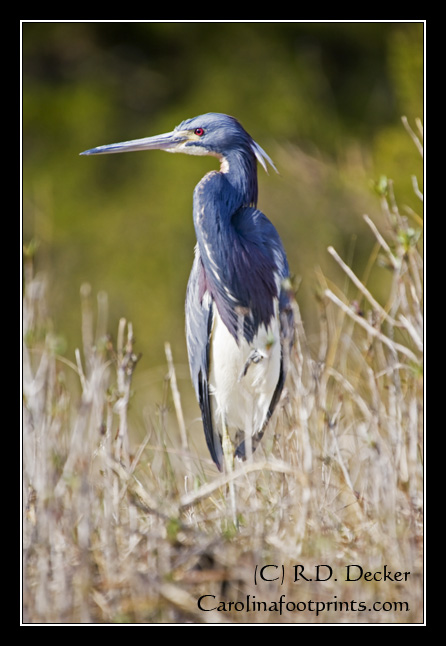 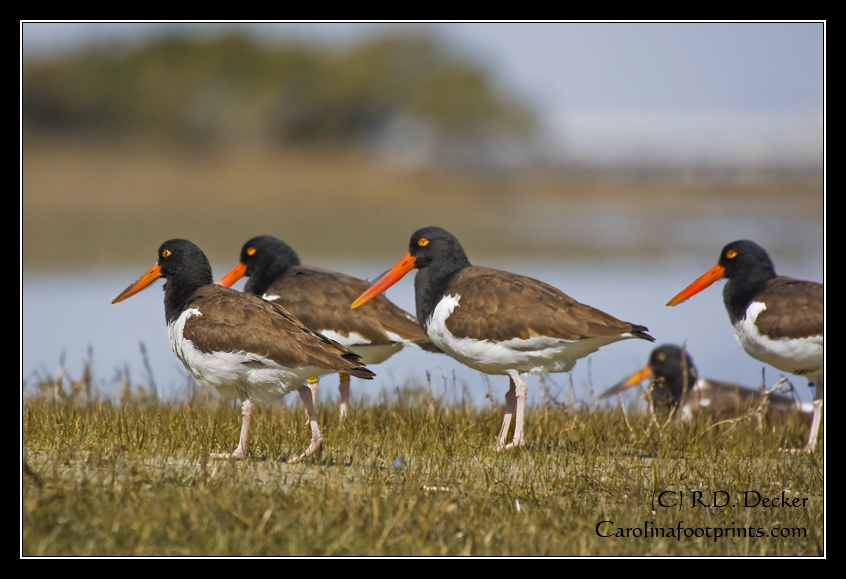 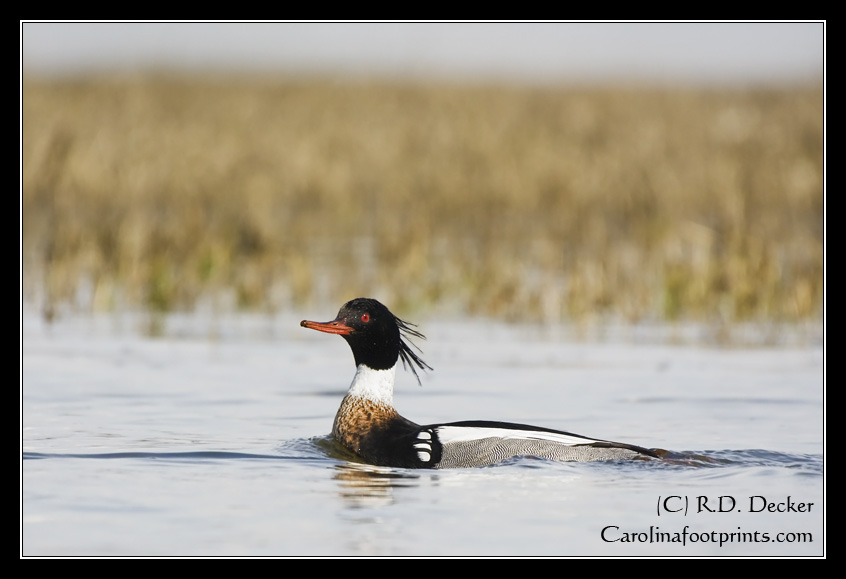 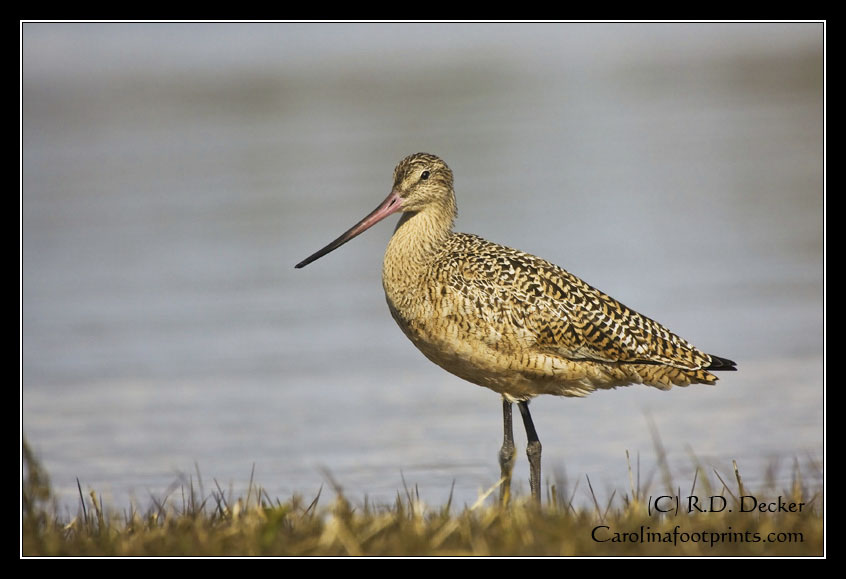 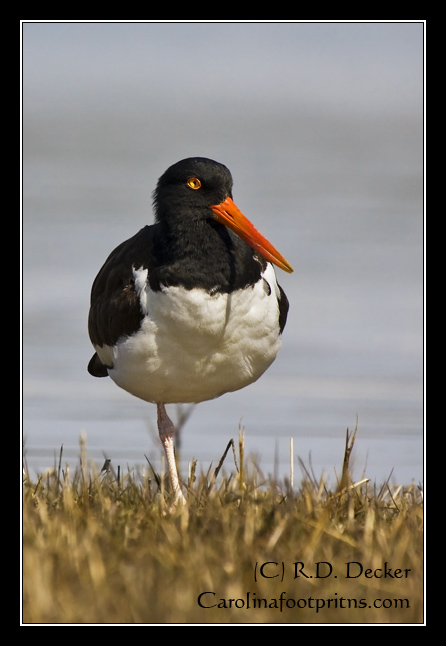 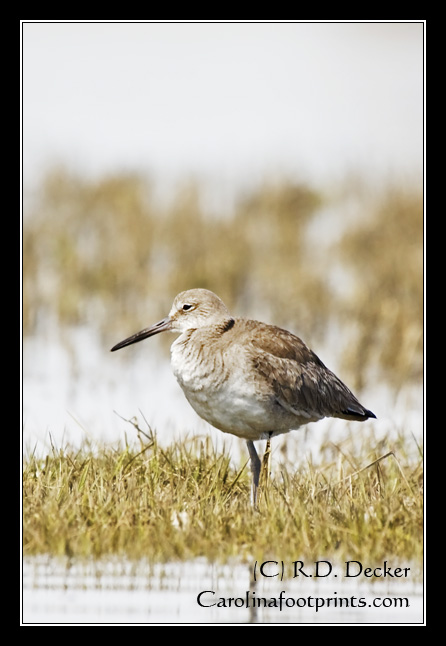 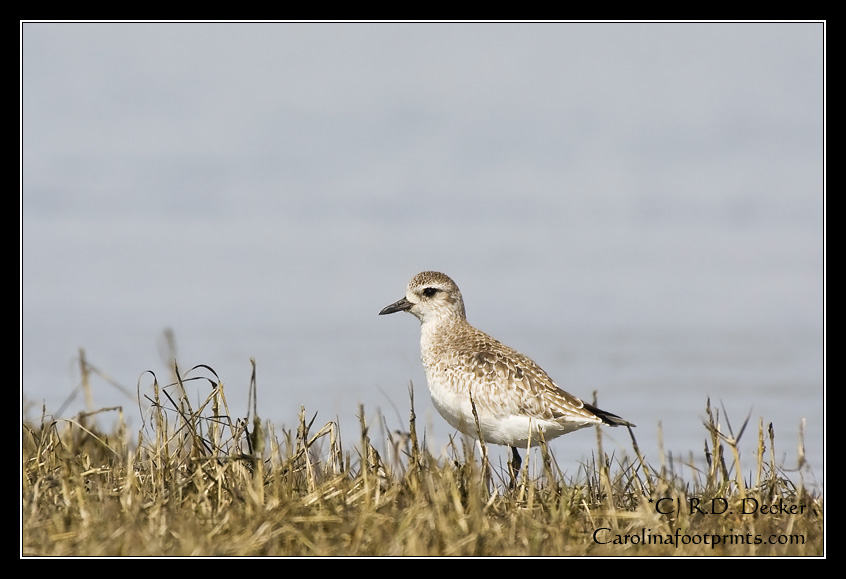 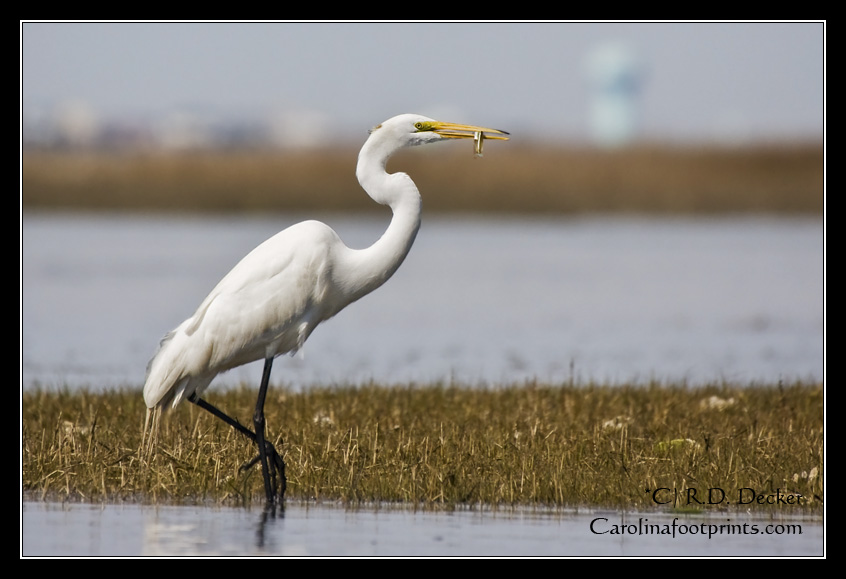 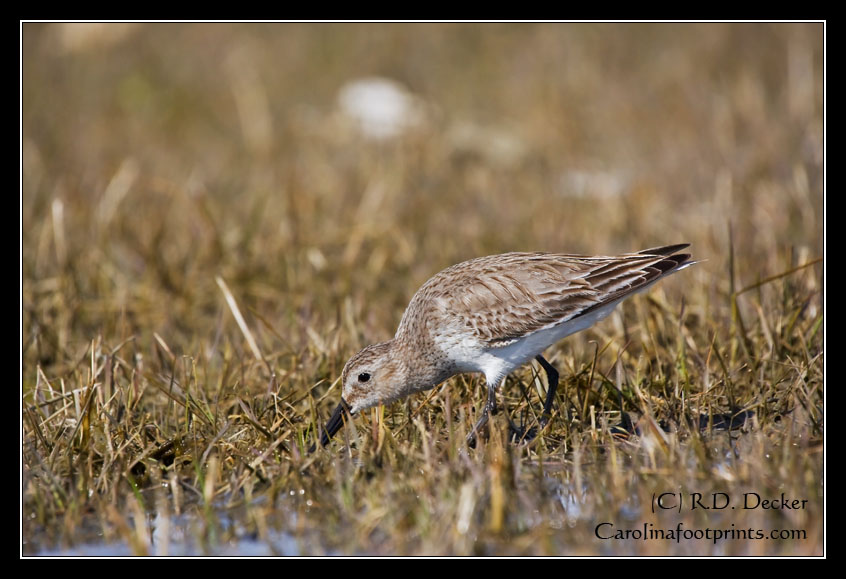 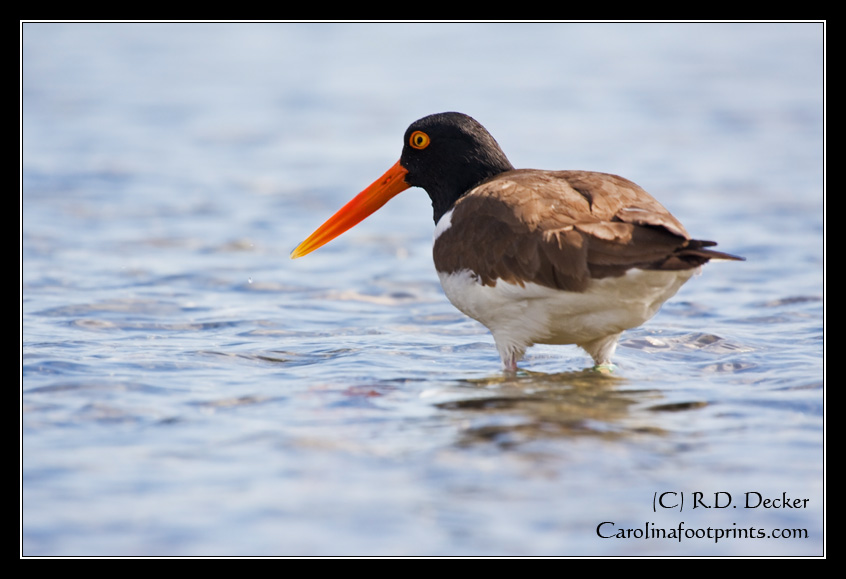