A large North American shorebird, the Greater Yellow Legs is similar in appearence to the slightly smaller Lesser Yellowlegs. Adults have long, yellow legs (hence their name) and sport long dark bills that are slightly upcurved. The bill tends to be about 1 1/2 the length of the head with a lighter color near the base. In contrast the Lesser’s bill tends to be equal in length to the head and lacks the up turn and lighter colored base.

The Greater Yellowlegs is a migratory bird that travels south to both the Pacific and Atlantic coasts of the United States and South America. The bogs and marshes of Alaska and Canada’s boreal forest region are its breeding habitats. The female builds a ground nest where she lays three to four off-white eggs with brown markings. Both the male and female tends the eggs which take twenty-three to twenty-four days to incubate. The couple also shares feeding duties for the young.

The photos below were taken along the Rachel Carson Estuarine Reserve on an early spring afternoon. The birds were feeding in the shallow waters along the shore. 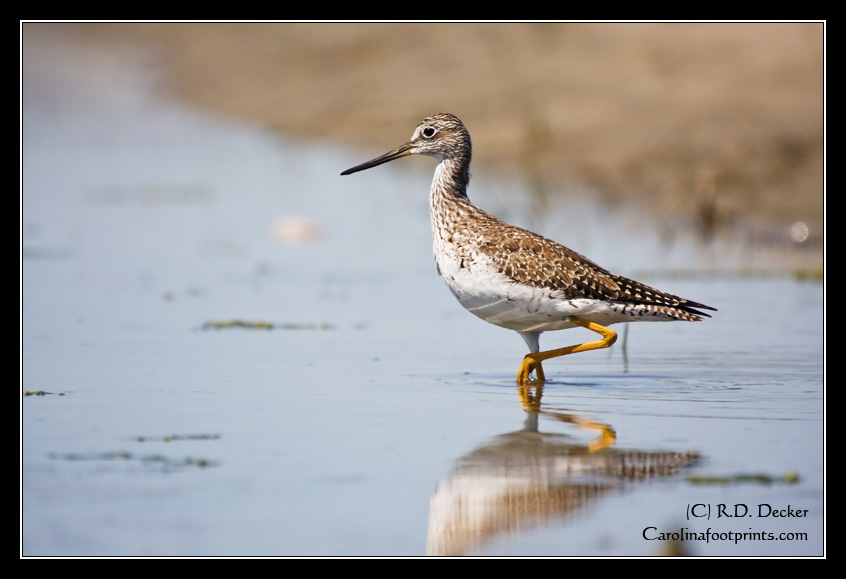 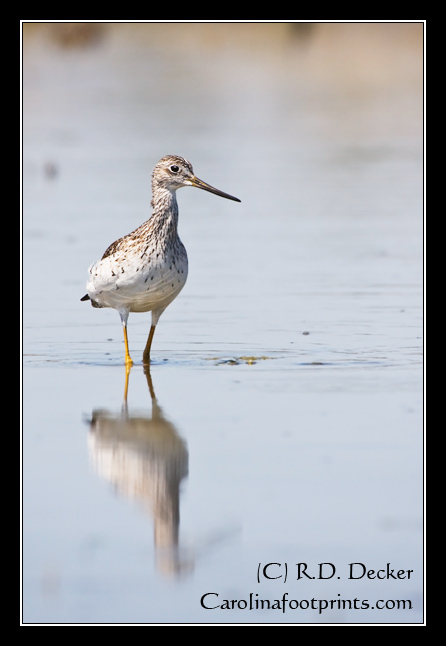 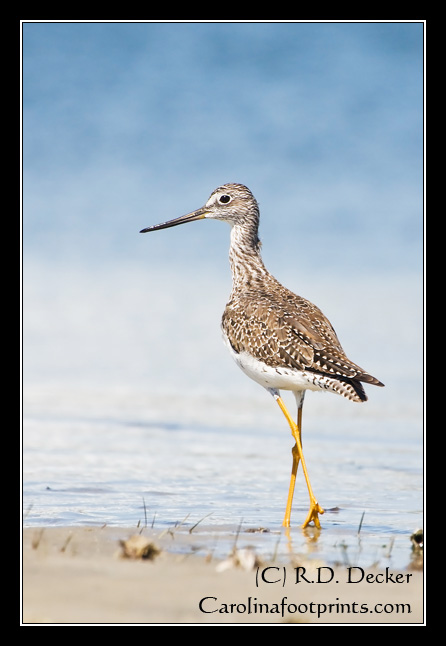 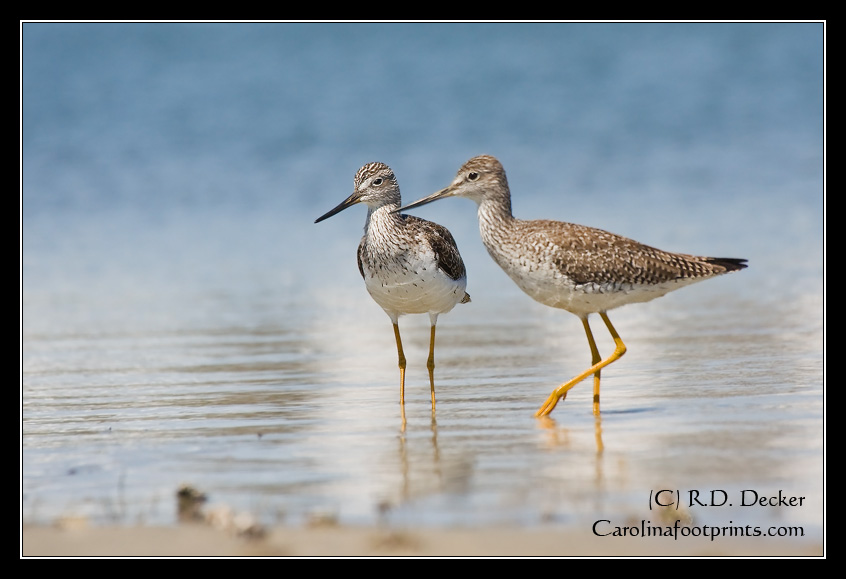 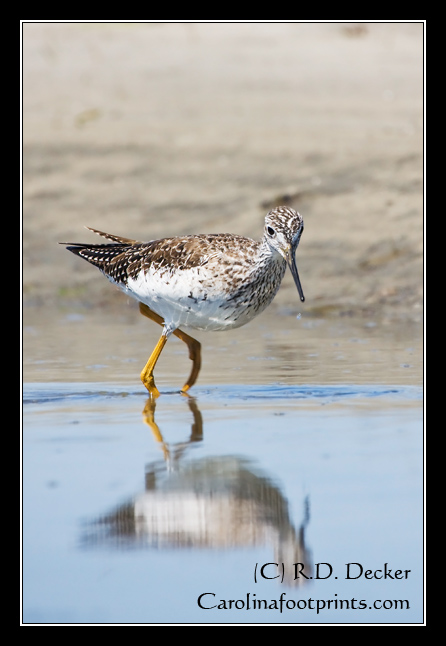 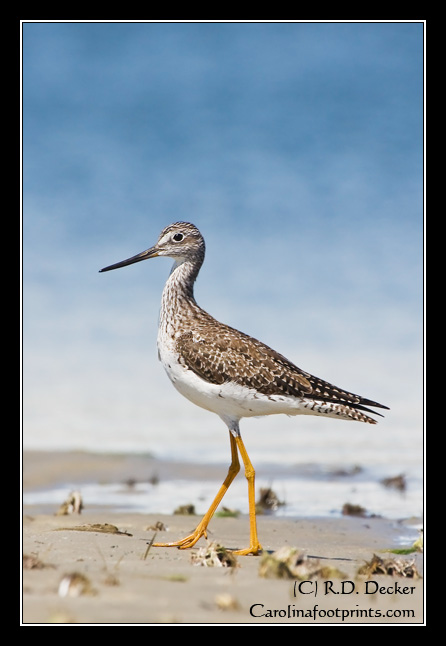