I’d planned on going paddling Thursday morning but the weather forecast changed during the day Wednesday and it seemed I’d need to go that afternoon if I was going to get a kayak outing in at all. I put in at the boat ramp off Lennoxville Road, Beaufort, North Carolina with the goal of paddling along the Rachel Carson Estuarine Reserve in search of birds and Banks Ponies. I paddled across Taylor’s Creek and headed east along the edge of the island reserve. In my mind I was going to round the tip of the island and explore along the sound side a ways. However, as I started around the end I encountered a healthy bit of wind creating a side-to swell. Being fairly novice to kayaking and not feeling overly comfortable in that situation, I decided to turn back and just stick to exploring the Taylor’s Creek side.

Heading west I noticed something white in some trees on the Beaufort side of the creek. Straining my eyes to see a little clearer I realized it was an egret. While I couldn’t tell if it was a Snowy or a Great Egret I knew I wanted to paddle over to see if I could get a shot or two. As I approached I noticed a second bird in the same tree… a Black Crowned Night Heron! These are a bit unusual to encounter so I was a bit excited about the find. I positioned my boat up-current and allowed it to drift towards the birds as I snapped a few pictures. This seemed like the quietest way to approach them. After I drifted past I paddled back across the creek to explore along the island.

I came across a flock of White Ibis feeding along the shoreline. They really paid me no attention as I grounded my boat on the sand to provide a bit more stable shooting platform. The biggest issue I had was that there was a slight rise between me and most of the birds. I guess that’s one of those rare cases of being too low to get the shot I wanted.

Further down the island I decided to beach the boat to do a bit of exploring along a boardwalk that had been put in on the island. It lead back to on observation platform overlooking a mudflats area. It was around low tide, late in the afternoon. There was a plethora of birds on the flats… Willets, Ibis, Egrets, a pair of Common Mergansers, Terns… quite a sight to see. As I turned to head back to my boat I noticed a huge raccoon walking out of the brush along one of the horse paths on the island. I moved against the LH hand rail, where the overhaning branches of a Wax Myrtle would provide me with some cover, and started working forward to try and get a shot of the ‘coon. After a shot or two I noticed his attention diverted to my left… a blind spot from where I was. Next thing I knew a fox came barreling out of that area, straight at the raccoon. I’m not sure if the fox only rammed the ‘coon, or bit it, but there was definately a confrontation. About then they both recognized my presence and headed into the brush. I didn’t get a shot of the attack, but did get a shot of the fox heading for cover and the raccoon looking at me, seeming in shock, before running for cover. It’s always interesting to see these bits of drama in nature.

The Rachel Carson Estuarine Reserve consists of a series of small islands and marshes located between historic Beaufort and Shackleford Banks. The area is separated from Beaufort by Taylor’s Creek, with Back Sound lying between the reserve and Shackleford Banks. The main site includes Town Marsh, Bird Shoals, Carrot Island and Horse Island. Combined the main site is approximately three miles in length and less than a mile in width. Off the east end of Carrot Island, across North River Channel, the reserve includes the Middle Marshes. The marshes are about two miles wide and, like the main site, less than a mile wide. The reserve is home to more than 200 species of birds, wild horses, as well as fox, raccoon, rabbit and river otter. Access is via boat. Local water taxis can provide transportation if needed. It is certainly an amazing resource for viewing wildlife. 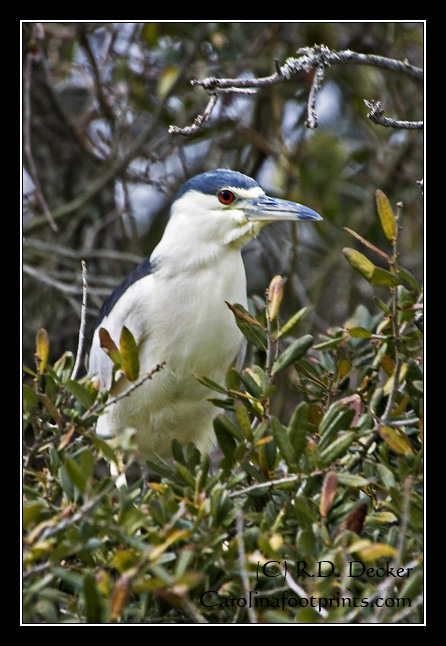 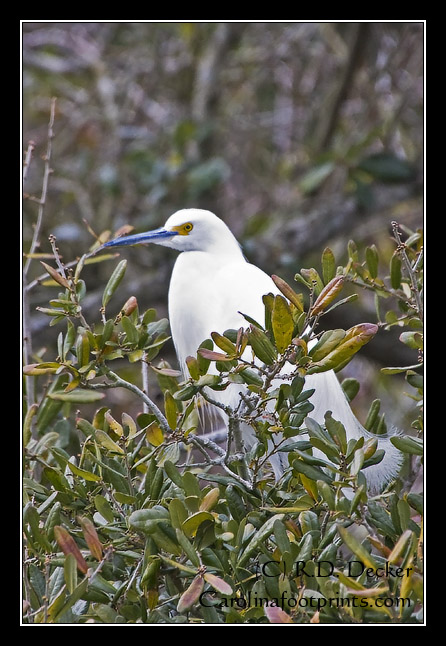 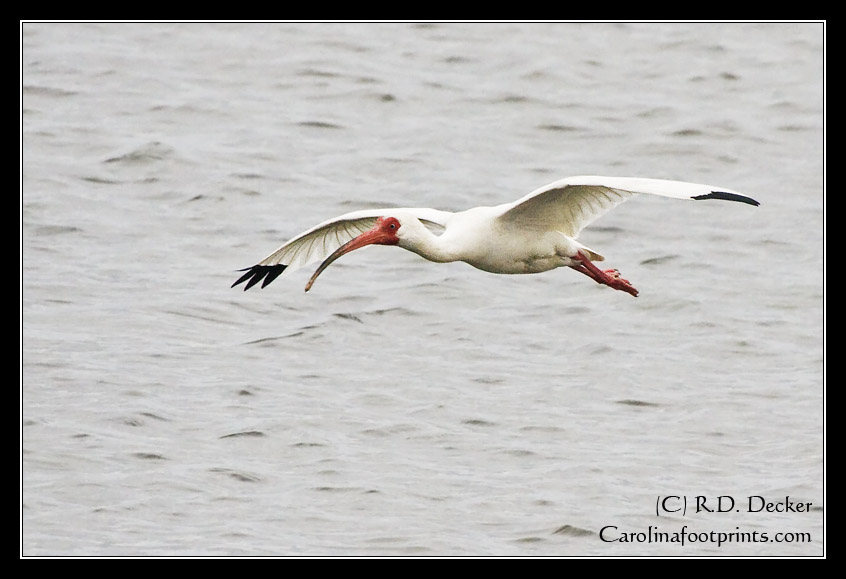 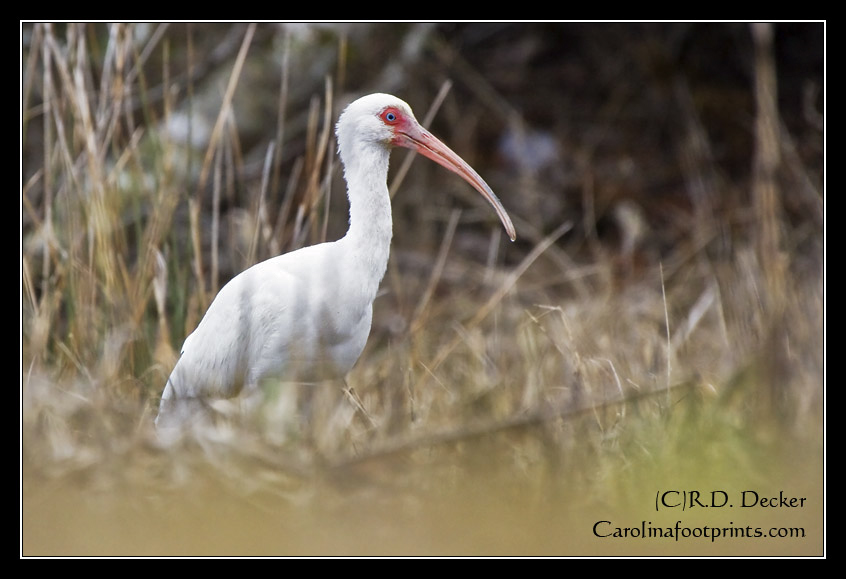 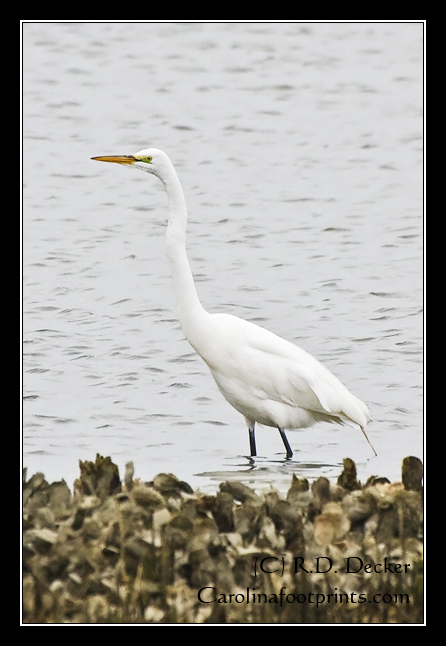 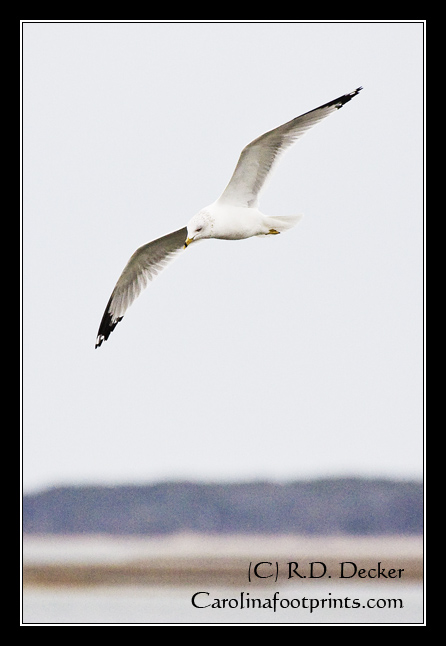 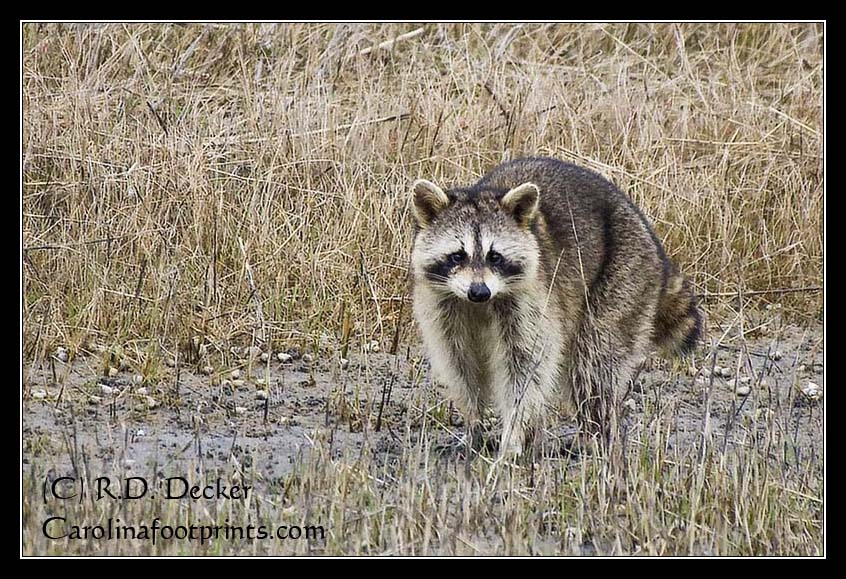 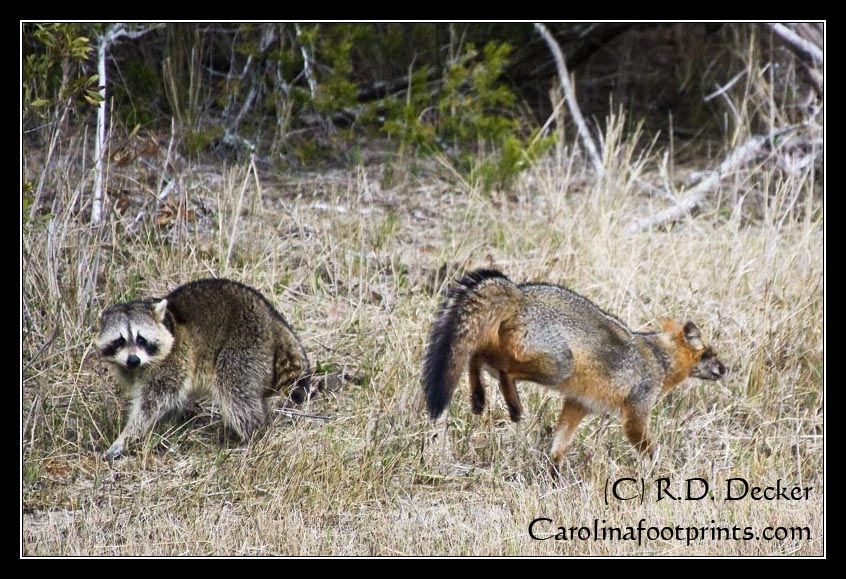