When you think of ducks or egrets you tend to thing of somewhat wild, natural places. As someone that loves to observe and photograph wildlife I can promise you I spend most of my time looking for them on trails, along lakes and rivers, in the woods. But sometimes they show up in unexpected places. Below are three shots taken over the last few months. They all have one thing in common. The subjects were photographed in an urban setting.

The Great Egret was photographed in the Morehead City limits, along Highway 70 East. It wasn’t a lone bird that happened to find its self in town, it was one of a few dozen settling down in trees to roost for the evening. During the winter this particular spot always attracts a large number of the egrets that spend each night there. But they only roost there a couple of months each year.

The Hooded Merganser was photographed in Jacksonville, NC. This duck, actually a flock of several, were found along a busy 4 lane street in a storm water holding pond in front of a busy retail area. The funny thing about the day I found the Hoodies was that I’d spent the morning in a blind along a pond in a wooded area hoping for the chance to photograph a duck or two. Since I wasn’t far from Jacksonville I’d came into town to do a little shopping at a sporting goods store after my outing.

Finally the Mallard Duck was photographed inside the New Bern city limits. This is perhaps the least surprising of the series as it was found on the edge of a city park bounded by the Neuse River. Still, it wasn’t the most rustic of environments. The New Bern ducks are pretty well conditioned to human enteraction. Locals come to the area a toss bread and shell corn to the ducks. In addition to the ducks pigeons and gulls gather for handouts. In this case I’d had a meeting with a prospective client in New Bern and, knowing about the ducks, headed to the park afterwards to photograph them. It started raining heavily before I got there so I ended up sitting in the back of my mini-van with the hatch up to provide cover for my tripod and camera.

In all these photographs I’d been careful to hide anything that would clue a viewer that they’d been taken in urban settings. Thinking back… hindsight being twenty-twenty… including some of the urban-scape in the photos might have made them more interesting. Whether you live in the country, in suburbia or downtown if you keep your eyes open you might be surprised at how much nature is around you. Sometimes the best wildlife and nature experience is right there in your own backyard. 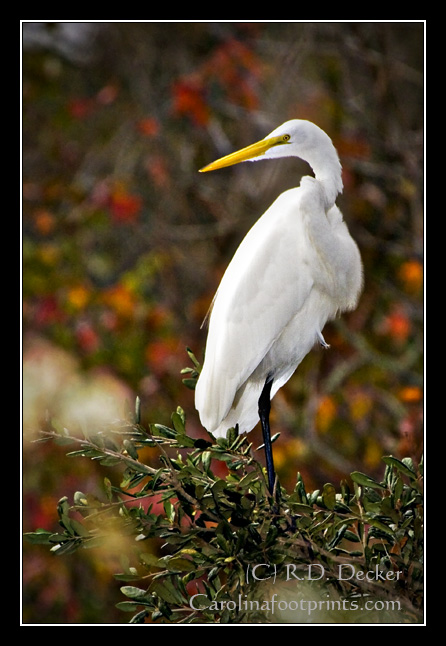 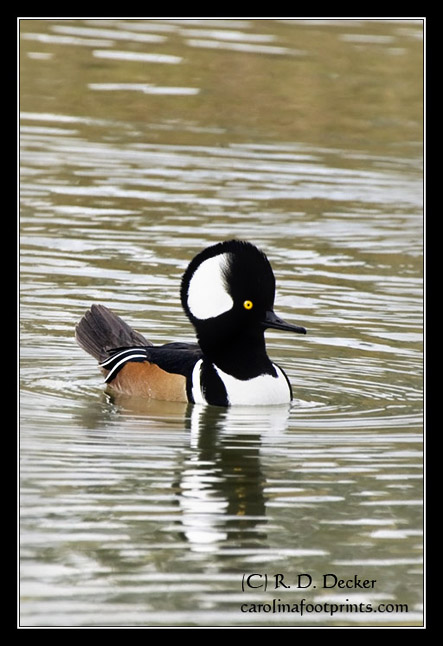 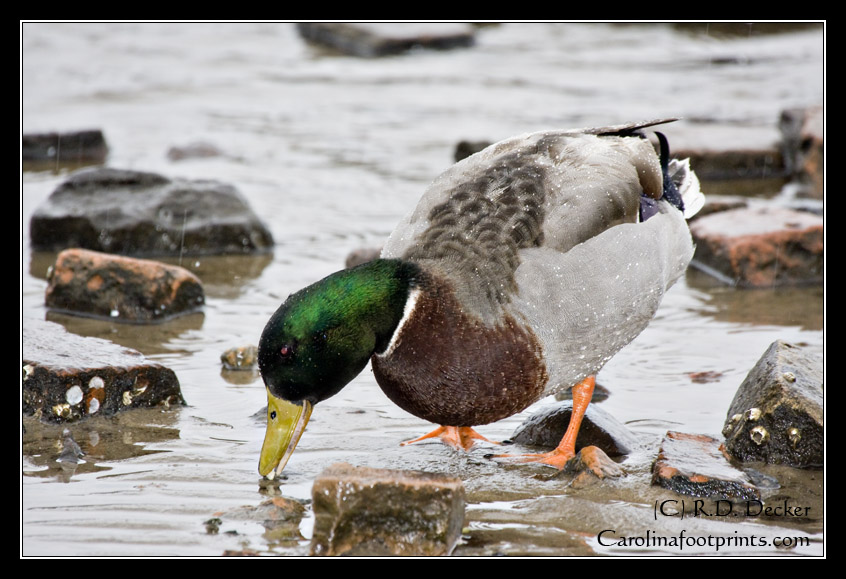