The first Europeans to successfully settle the East Coast of what is now the United States weren’t humans, but the horses left behind during early explorations. Both the Spanish and English brought Spanish bred horses to the east coast during their initial visits. In fact Columbus brought the first horses to Hispanola and started a breeding program in the 1400’s! A failed Spanish attempt to colonize the mid-Atlantic coast included 90 to 100 horses. The famed “Lost Colony” included not only English settlers but Spanish horses as well! For early explorers it was only logical to leave the animals behind rather than having to deal with them on the return trip to Europe. While the first colonization attempts by both the Spanish and English failed the horses included in those early settlements not only survived but thrived. While the horses living within the Rachel Carson Estuarine Reserve aren’t purely of those bloodlines, they are heavily related to those colonists.

So what does all this have to do with photography? Well I went paddling this morning and found about half of the Rachel Carson herd grazing on the semi-flooded tidal flats this morning. The kayak provides a low point of view, a rarely used perspective for wild horse photography. Add the mystique of sharing the flats with an animal that has made the barrier islands of the East Coast home for nearly 500 years and you just can’t have much more fun! 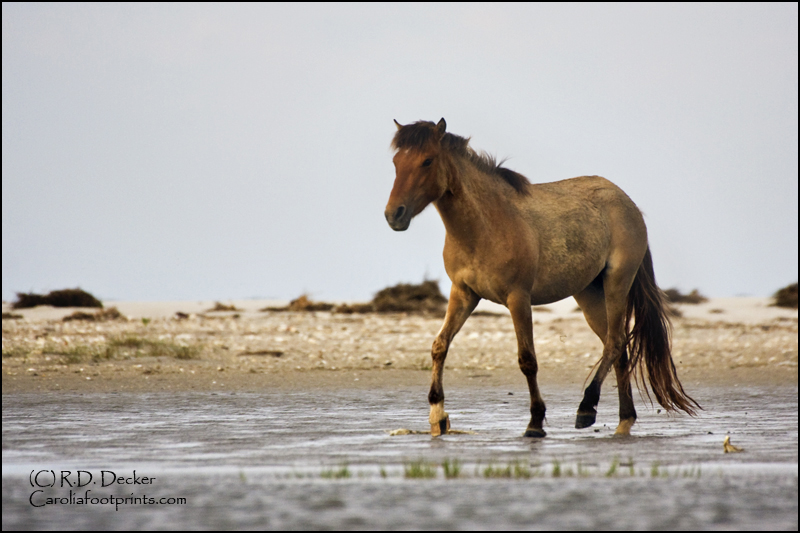 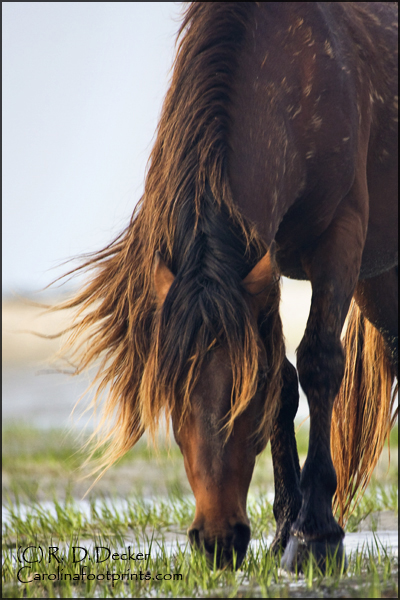 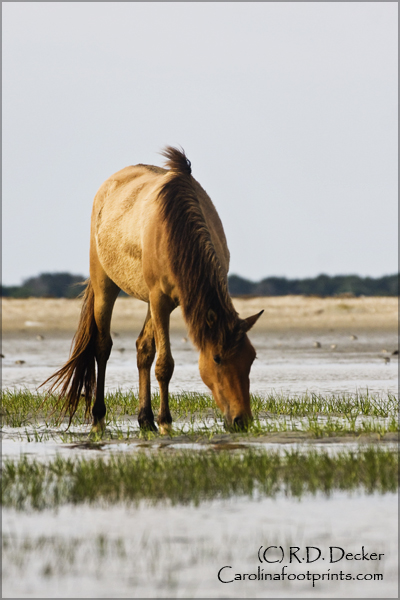 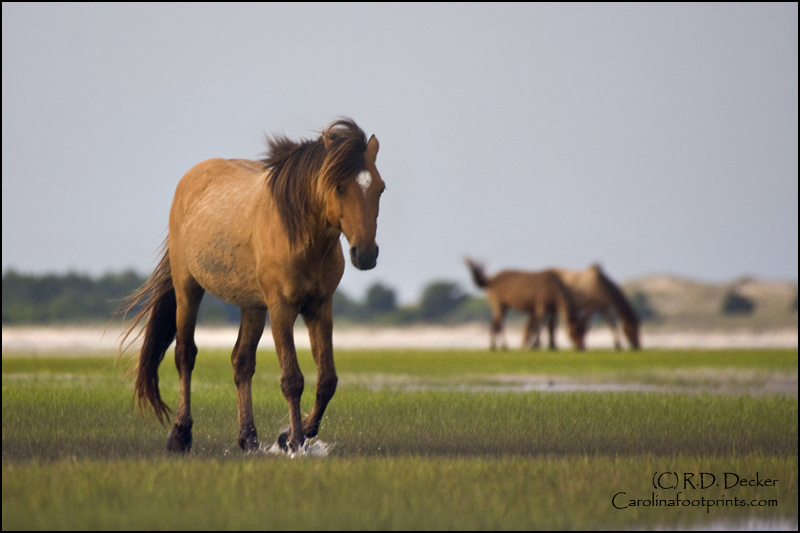