I made the trip over to the Rachel Carson Estuarine Reserve this morning to check on how the horses had came through the recent storm. My original plan was to put in along Front Street at Fishermen’s Park and paddle straight across to Carrot Island then proceed on foot. As I started my paddle I saw two mustangs feeding along Taylor’s Creek so I deviated my plan a bit to get some shots of them from the kayak. I noticed that, with all the water still coming down the storm swollen rivers, the high tide was going to be extra high. This was going to allow me access to areas that are usually only reachable by kayak at high tide an hour or so before and after. I made a quick change of plan and paddled for Deep Creek.

Entering the creek I immediately noticed a large group of horses to my left and another smaller group feeding on the flats in front of me. I headed towards the bigger group first. After doing a head count and snapping several shots I headed out to photograph the group feeding on the flats. As I headed out onto the flats and could see further west up Carot Island I noticed another small group up towards the herd’s watering hole. All told I counted 33 horses this morning. I believe that’s the most I’ve counted on a single outing. Needless to say the herd came through the storm well. 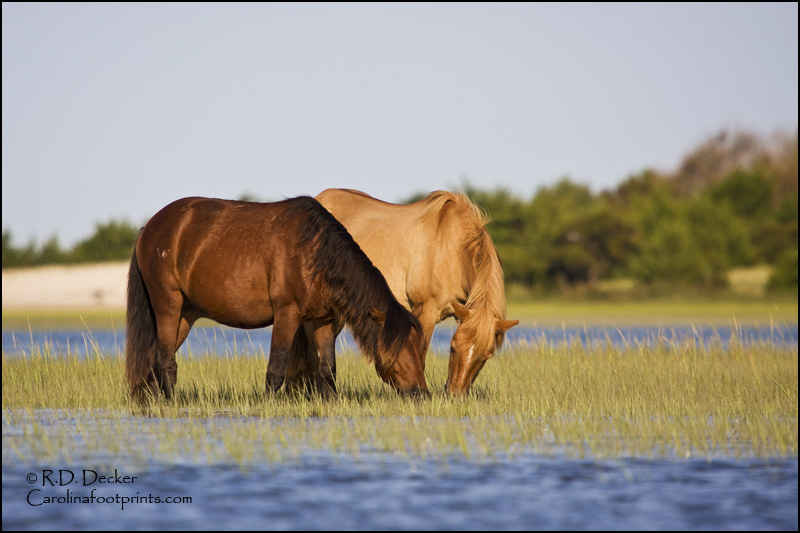 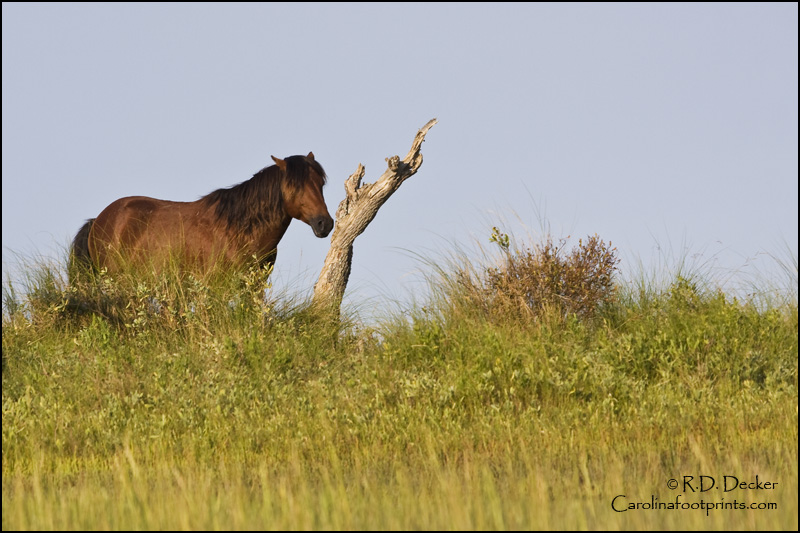 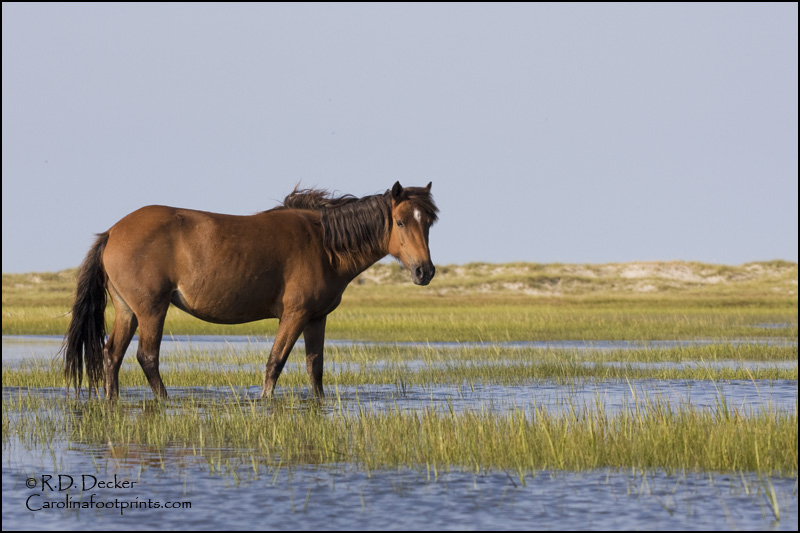