Wild Horse Photos From a Kayak? You Betcha!

When most people think of wild horses they think of the American West. Visions of canyons, buttes, and wde open spaces fill their minds. But there is a healthy population of wild mustangs living along the the East Coast and they’ve been there for almost 500 years! Undoubtedly the horses left behind by early explorers and from failed colonization attempts weren’t confined to the barrier islands along the coast. There were also horses living on the mainland. Those animals were pushed west as the country spread in that country, joining up with mustangs living in the west that were introduced by the Conquistadors in the 1500s.

Today a few isolated herds of of wild horses remain along the U.S. East Coast. Living on barrier islands off the coast of North Carolina, Virgina and Georgia. Many of these animals feed on spartina grass found on the tidal falts areas of these islands. This lifestyle makes it possible to observe and photograph these magnificant animals from a kayak during high-tide periods. Photographing wild mustangs from a kayak lends a unique perspective to the photos. In a kayak the photographer virtually sits at water level, placing the camera below eye level. While not an entirely impossible point of view to achive on foot, it is going to require that the photographer gets pretty wet.

This morning I set out for some kayak photography along Town Marsh and Carrot Islands. I found serveral horse feeding on the flats and on an isolate shoal. Below are a few images from the trip. 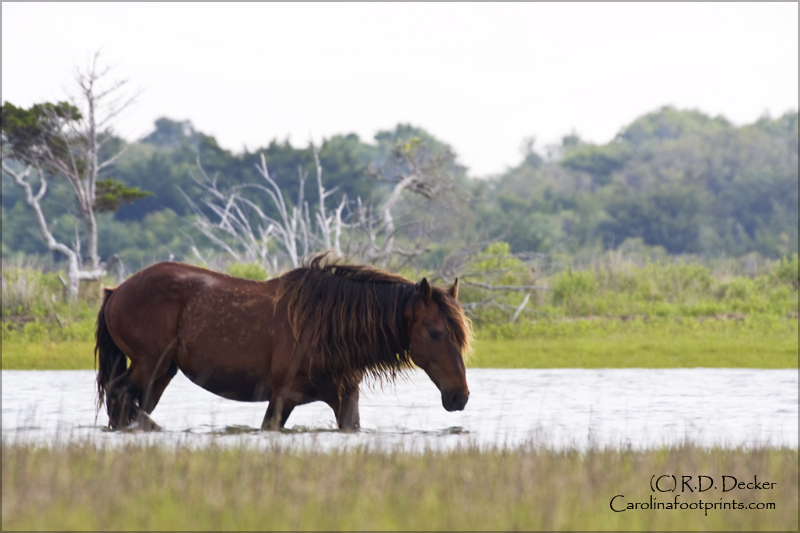 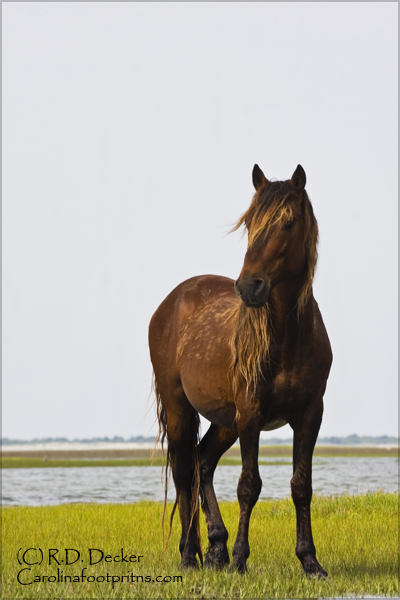 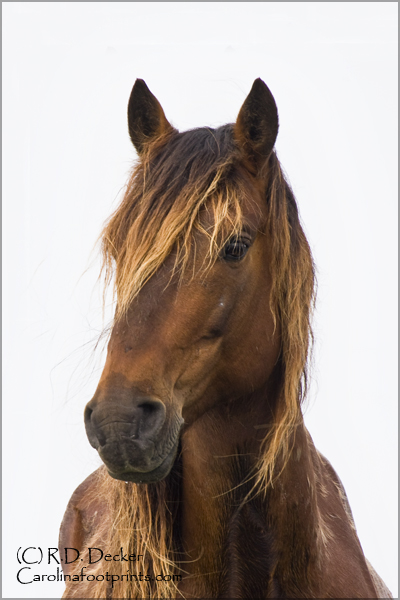 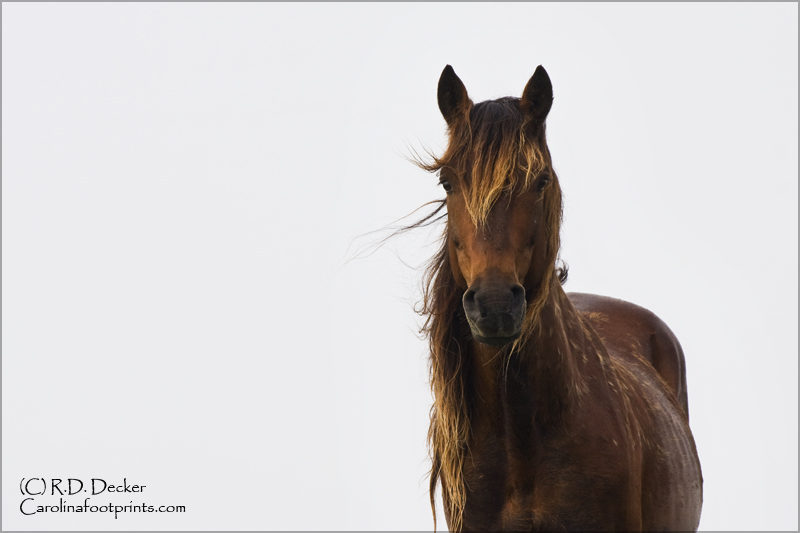 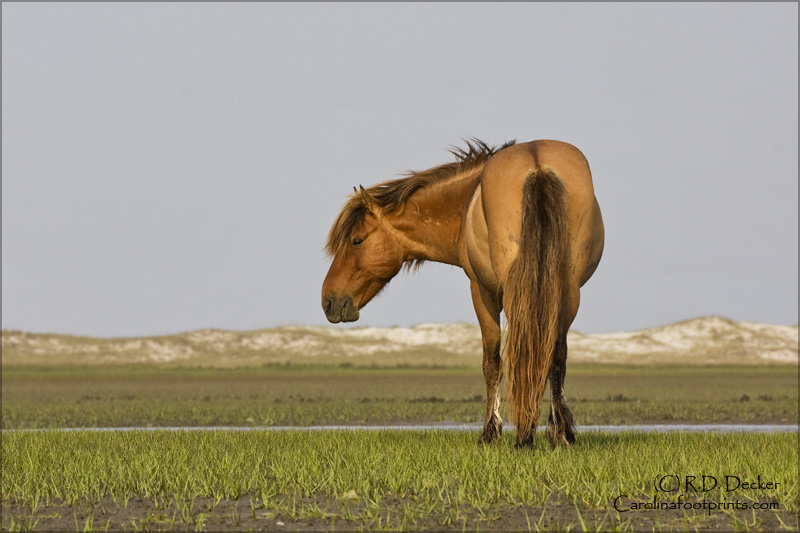 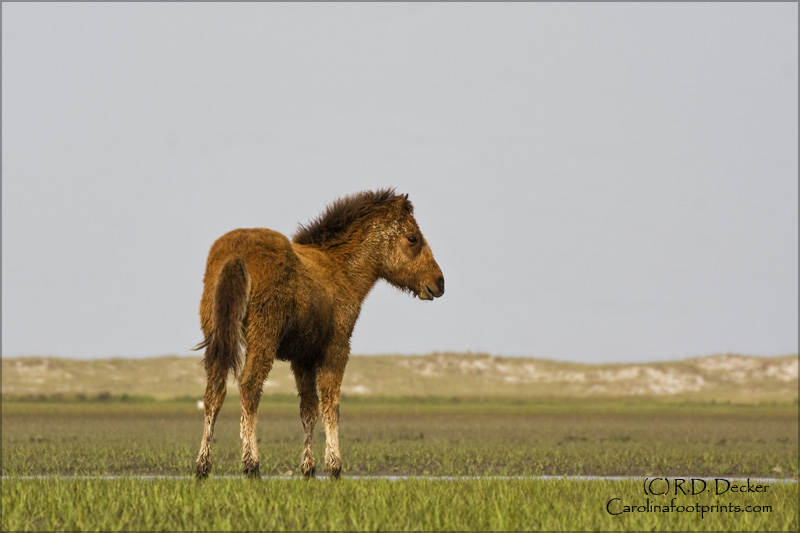 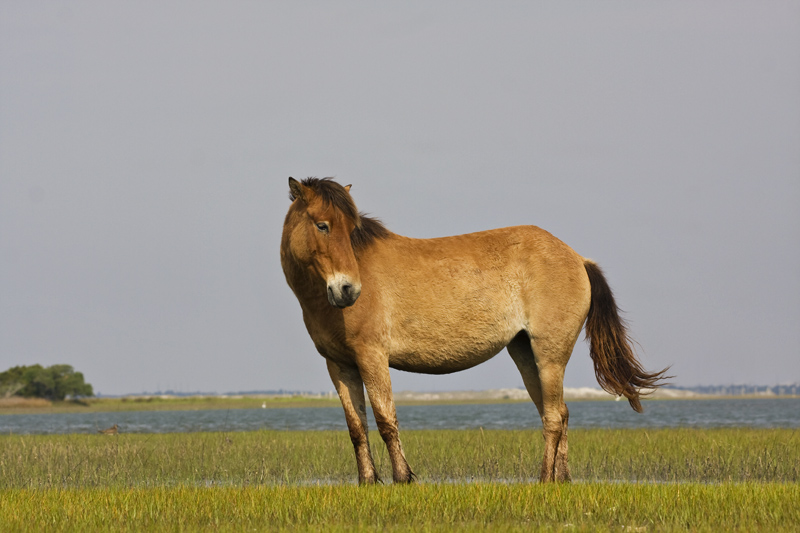 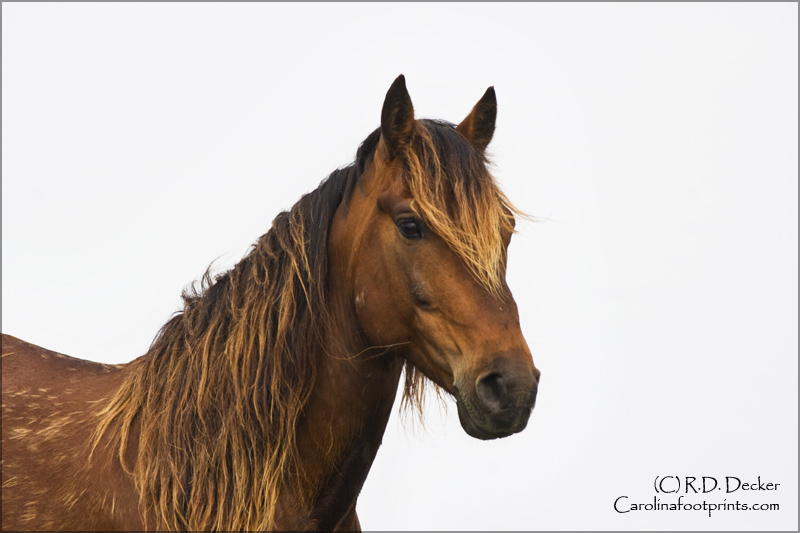 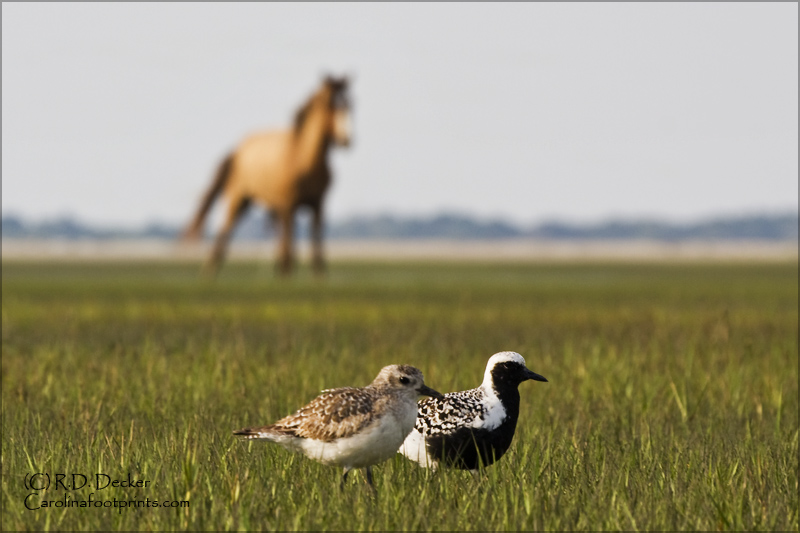