Here’s something you don’t see everyday, a “wild” cow. More accurately feral, a small herd of cows roams free on Cedar Island North Carolina. No one is sure how they originally got there but they have lived on the island for quite a while. In 2019 hurricane Dorian hit the area hard, putting much of the island under eight feet of water in what was described as a mini-tsunami. While the wild/feral cows and wild horses that call the island home have lived through many hurricanes, the sudden influx of water took both herds by surprise. Many of the horses and cows were swept out to sea to meet a watery death. Three of the cows, however, managed to swim to an island near five miles away from their home. When they were discovered a few weeks later the “sea cows” made national news. They were sedated and returned to the Cedar Island.I visited Cedar Island this morning with the hope of finding a few of the wild horses. I didn’t come across the horses but I was lucky enough to encounter one of the “sea cows” along the beach. I saw the rest of the herd about a mile or more up the beach. It was getting late in the morning, the heat and humidity was getting rough so I decided not to add an extra mile or two to my return to the parking lot. 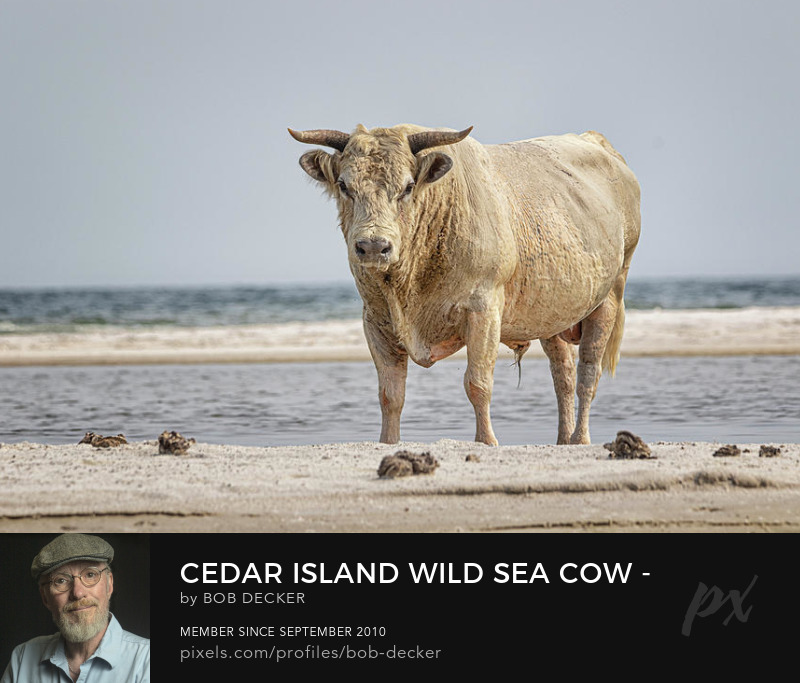 This entry was posted in Natural History in the Carolinas, Nature Photography, Uncategorized, Wildlife Photography.