Depending upon one’s point of view the Crystal Coast was blessed or damned with a winter storm recently. Getting enough snow to cover the ground is really a fairly rare occurrence here. For a few years now I’ve been hoping to get the chance to photograph the wild horses of the Rachel Carson Estuarine Reserve in snow. Now my preference would be to be there as snow was falling but that didn’t happen this time. I was able, however, to get some shots of the mustangs with snow on the ground and ice covering much of the marsh grass.

To reach the reserve I had to put my kayak in the water. I’m sure a few of the fine people of Beaufort were wondering what was up with the crazy man was doing putting a kayak in the water on a day like this. But if you think about it, the kayak was invented by native people living in places like Alaska and Canada. These little boats were basically designed for cold weather use.

I really expected to find the horses in one of the wooded hammock areas, trying to stay out of the cold. I found a few, however, feeding not far from the main watering hole area. During the winter the herd certainly spreads out about the entire reserve. I rarely find a large number of them together this time of the year. Below are a few of my favorite shots from the trip. 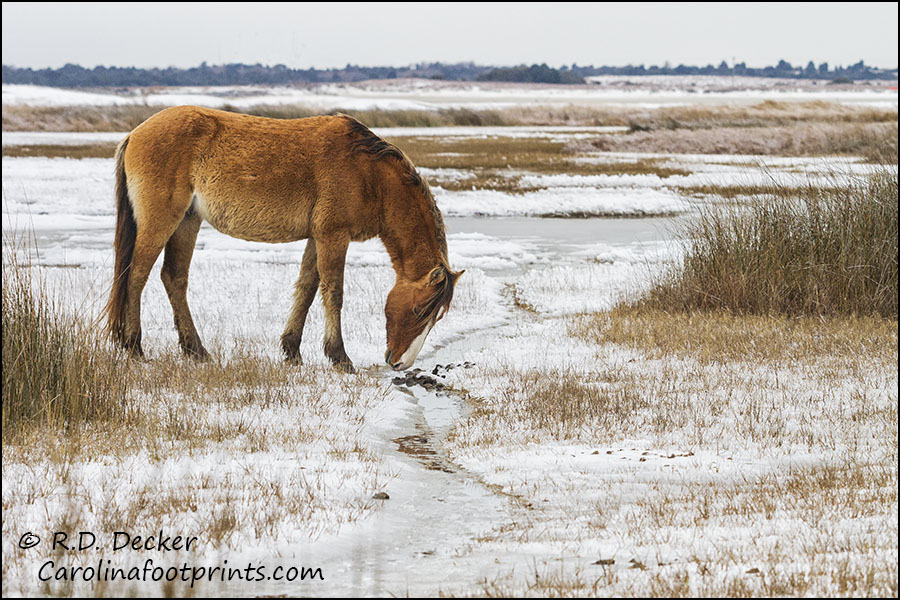 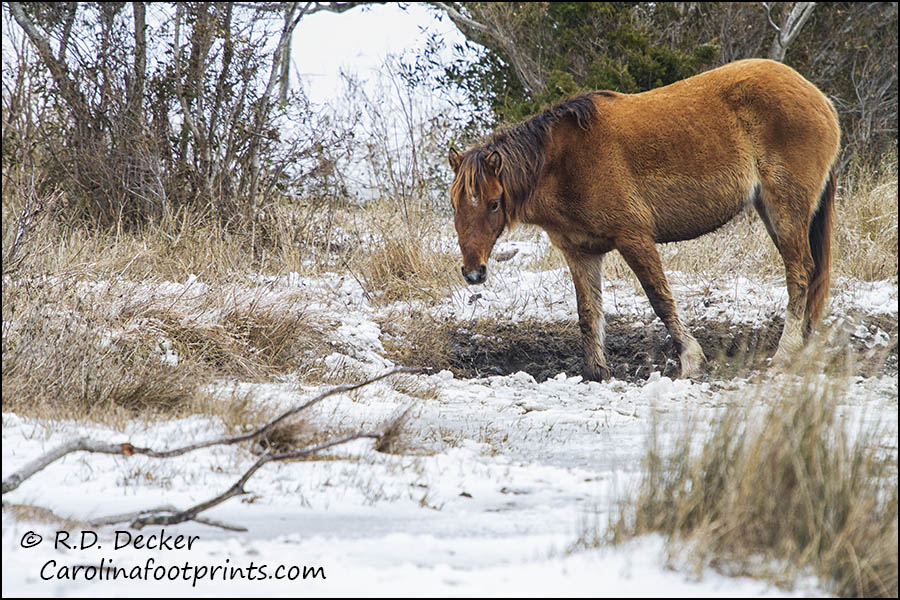 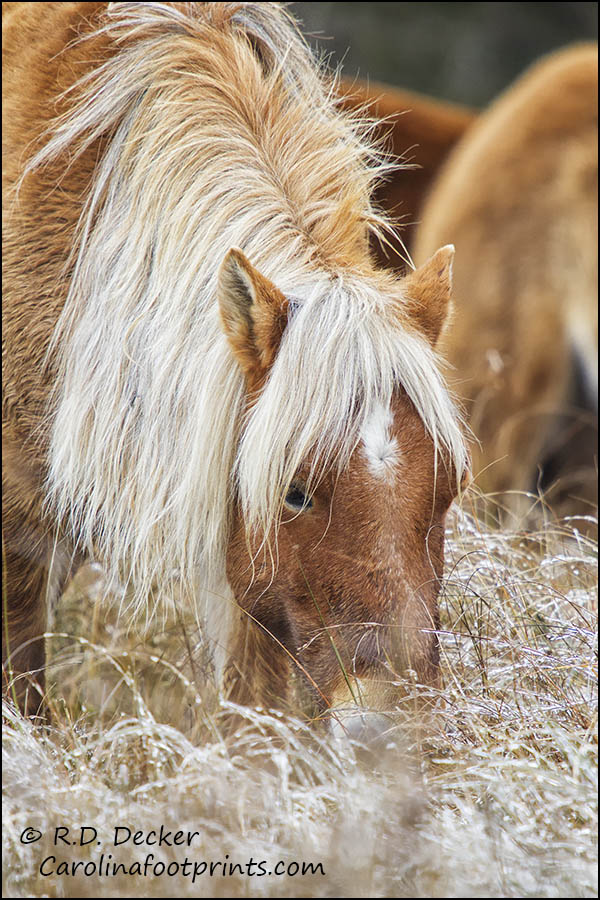 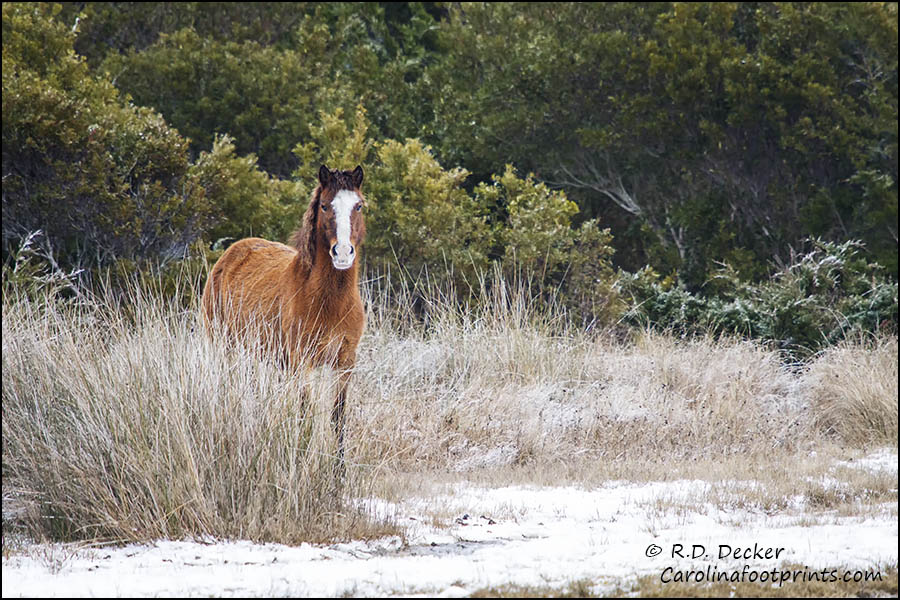 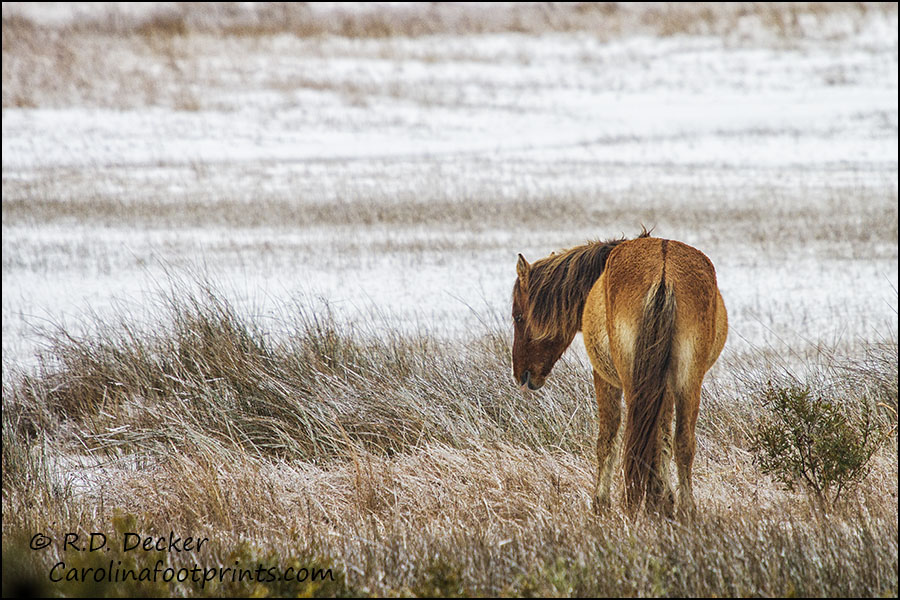 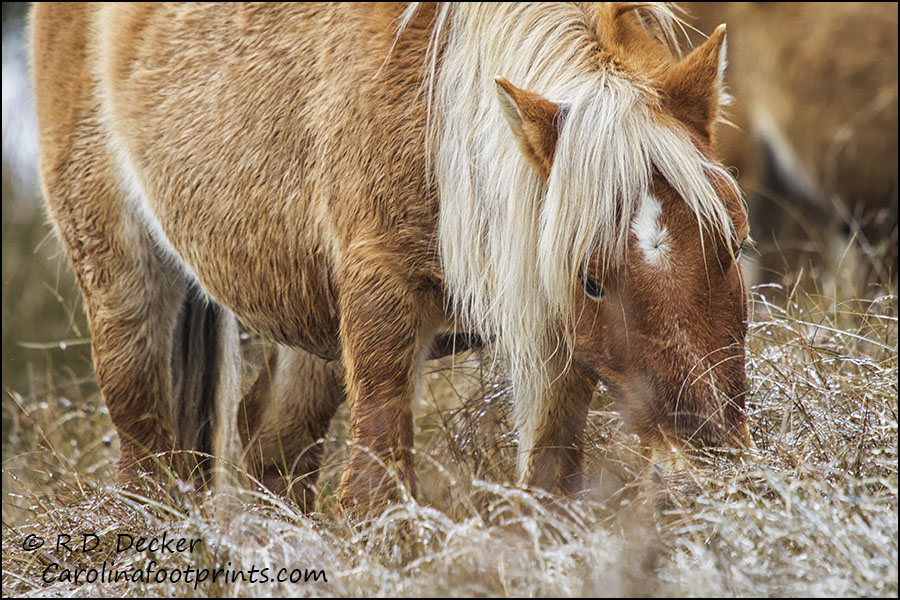 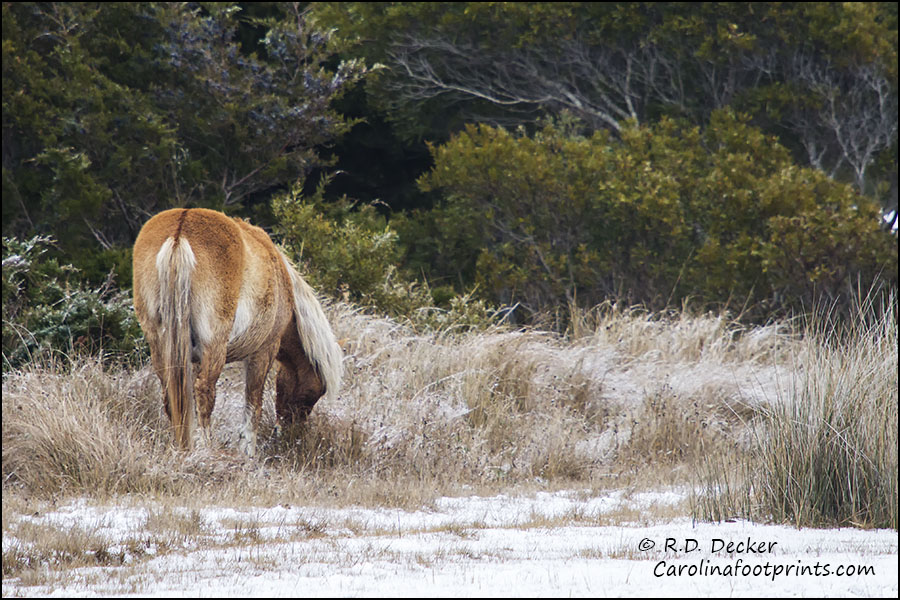 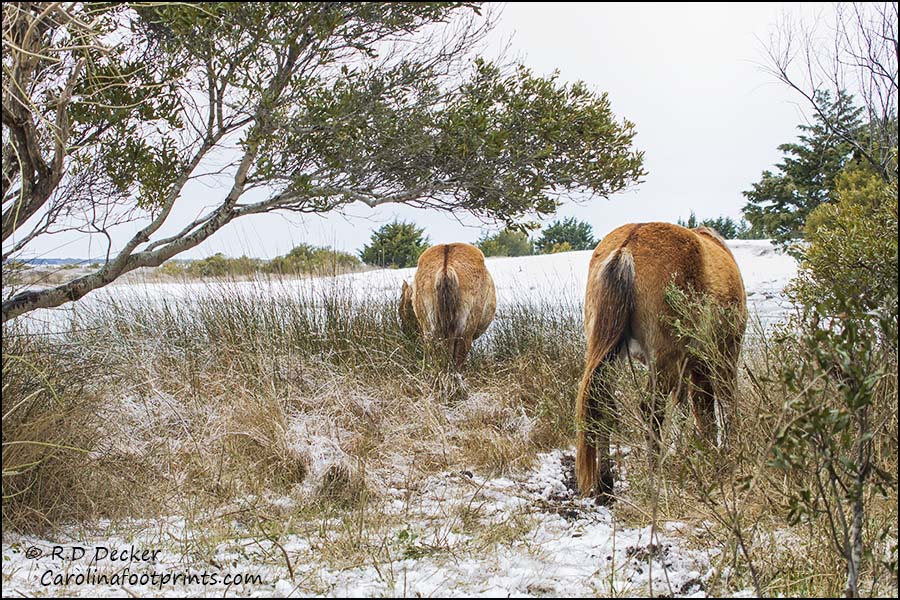