I’ve heard a lot of nature photographers talk highly about the Nik Color Efex Pro plugin for Photoshop. I decided give the Demo version a try. I don’t know, it’s kind of cool byt I don’t know if it’s cool enough to justify spending hard earned green on it. I already have a ton of plugins and actions accumulated over the years and bo be 100% honest they don’t get a lot of use. Anyway here’s a photo of a daisy shot along a forest road in the Croatan National Forest. The first verion is processed as I normally would with the following three being examples of the Nik software being added to the workflow. 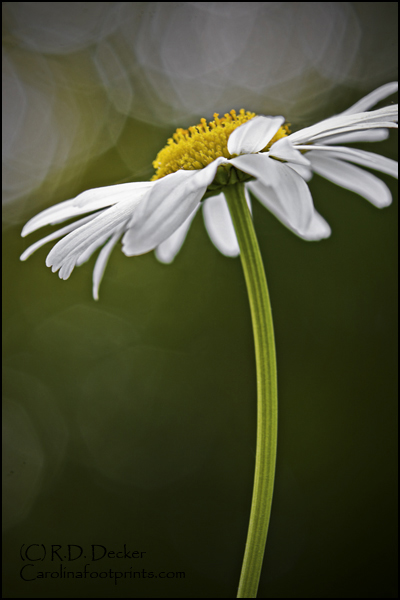 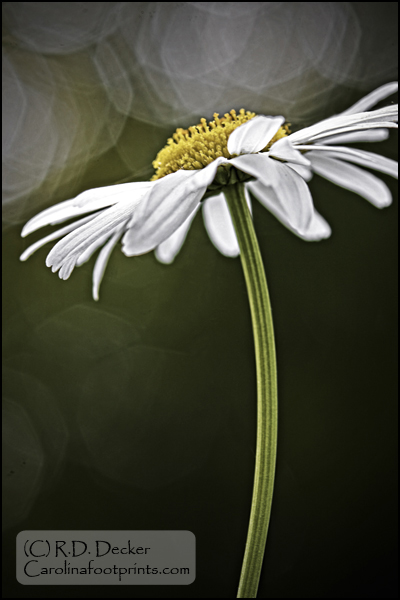 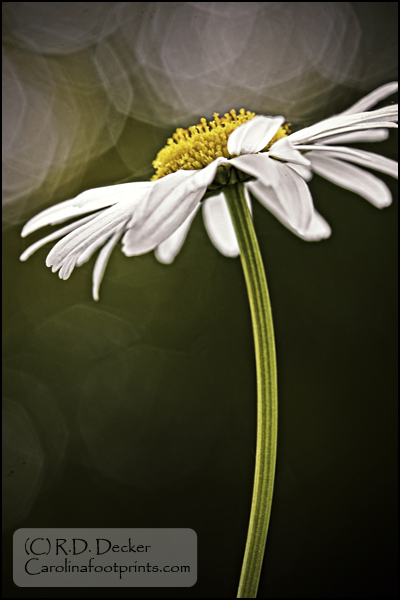 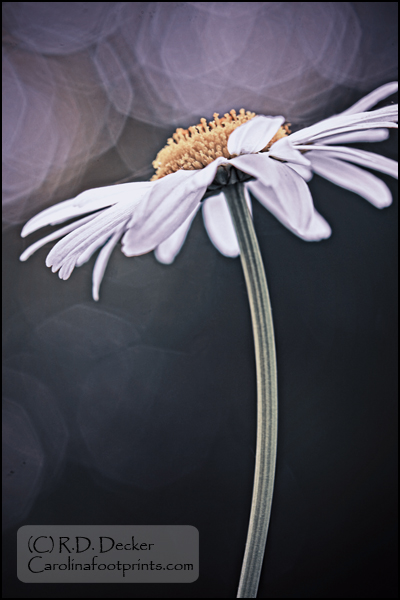