I made another trip over the Shackleford Banks yesterday. The plan was simple, photograph the wild mustangs. I’ve not been 100% satisfied with what I have of the horses with the Cape Lookout Lighthouse in the background. It sounds like an easy shot but a lot of things have to come togehter to get a nice version. First, you need to catch a day when there isn’t a lot of haze in the air. The haze can be caused by moisture or by the wind kicking sand in the air. Frankly haze seems to be more the norm than the exception at the Lookout Bight. Next you need a cooperative horse or horses. They aren’t always in a good location for a photo with the historical lighthouse behind them. Everything has to come together for it to happen.

Another shot I’ve been wanting is one of a wild horse or horses on the beach. Nothing says East Coast Wild Mustang like a beach scene with the ocean in the background. The fact is, however, the beach doesn’t offer much of a breakfast buffet for the horses. These animals aren’t much into sunbathing either. They spend 80% of their lives meeting their nutritional needs by feeding on the marsh and beach grasses. Sometimes you get lucky. After photographing horses feeding on the tidal flats I cut across the dunes to the beach to see if anyone was wandering around there. A stallion and three mares were feeding on the sparse patches of grass along the beach!

It’s always challenging photographing the horses. They go about their business and aren’t always easily found or in a particularly accessible spot. Sometimes I can’t get a lighting angle on them that I’d like and have to settle for backlit shots… silouettes. Other times I have to slosh through mud or wade to get the shot. It can be a bit of an adveture. Still it’s an awsome experience to watch these large, majestic animals living wild and roaming free along the North Carolina coast. 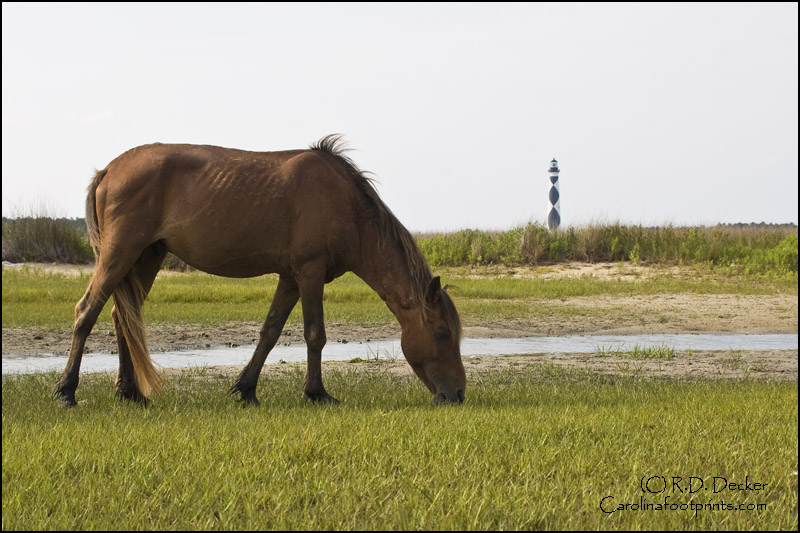 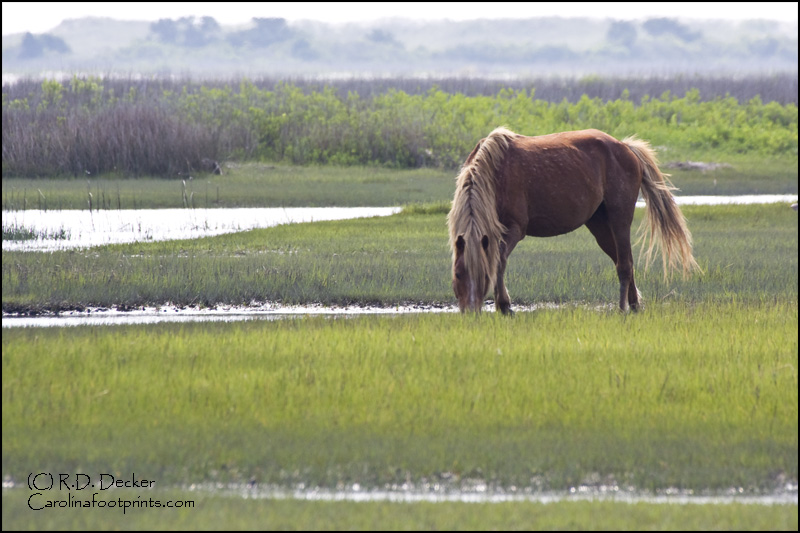 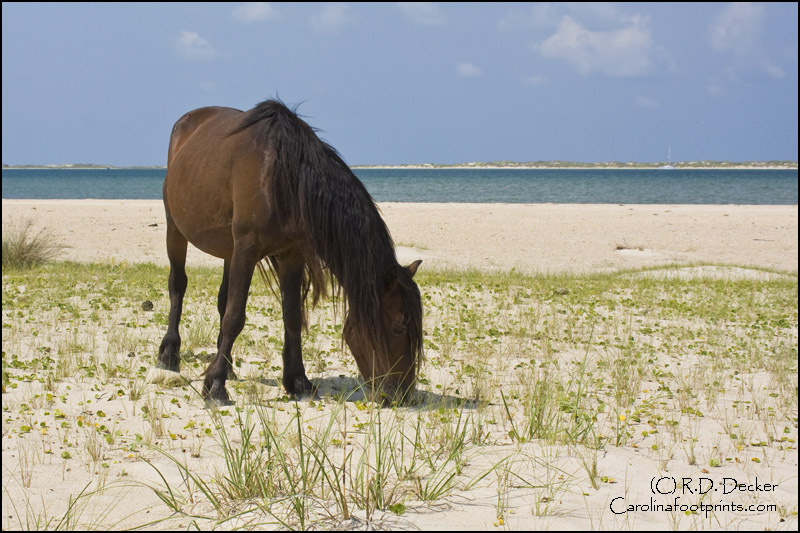 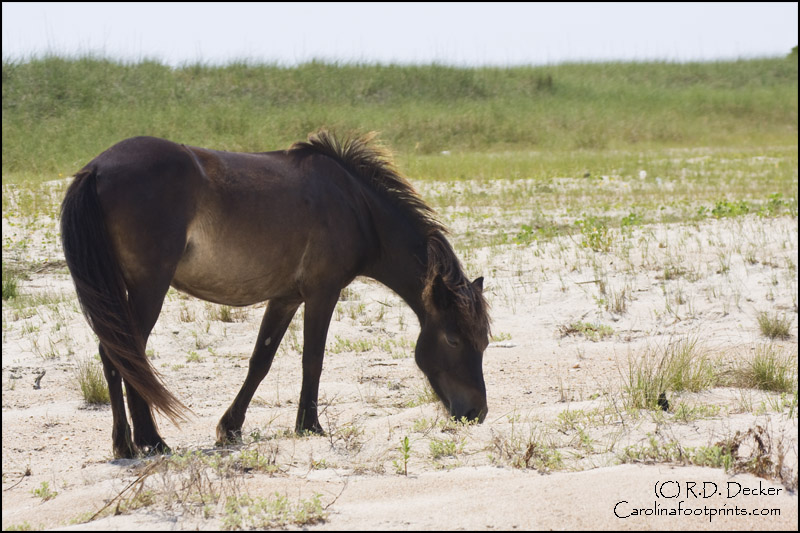 This entry was posted in Banker Horses, Natural History in the Carolinas, Nature Photography, Wildlife Photography.