While I was photographing the Yellow Rumped Warblers the other day I was blessed with another visitor. A lovely little Eastern Phoebe perched on a bare branch, watching to see what I was up to. Obviously this was an opportunity I couldn’t pass up. The Eastern Phoebe is a member of the flycatcher family. This handsome little species of bird was the first to be banded in the United States. In 1804 John Audubon, (yep… that Audubon), attached a “silvered thread” to the leg of an Eastern Phoebe so he could track its return in the following years. A year round resident of the Carolinas, these pretty little birds winter farther north than other flycatcher species. These small birds will use buildings and bridges for nesting sites, a trait that has allowed them tolerate urban growth into their natural habitat.

Photographing small birds is one of the few situations where I like to have my camera at my eye level. For shooting most wild subjects I prefer a low point of view but birds are often perched high in the branches of tree. A shot taken on at eye-level with the subject always has more impact than a shot taken at an extreme upward angle. For this series the Phoebe was perched very close to my eye-level making a good situation even better. I made these shots with a Canon 7D and a Sigma 50-500mm lens mounted atop an Induro CT314 tripod. 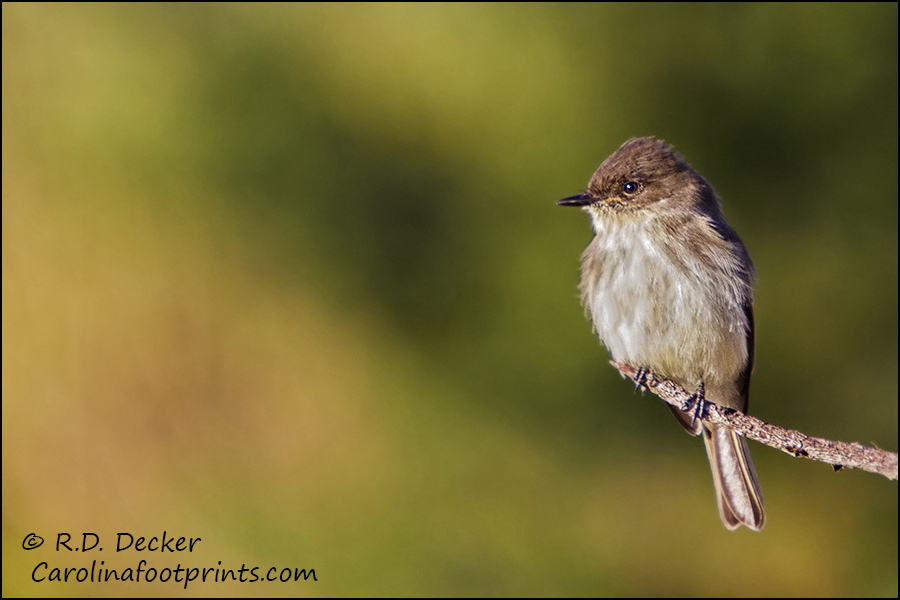 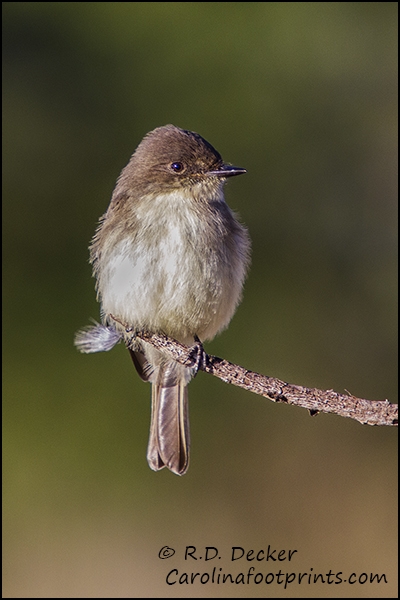 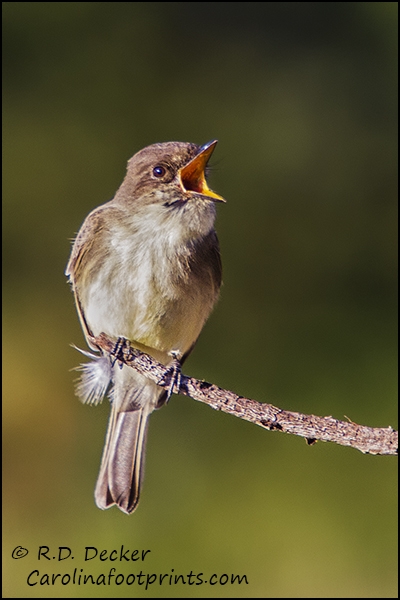 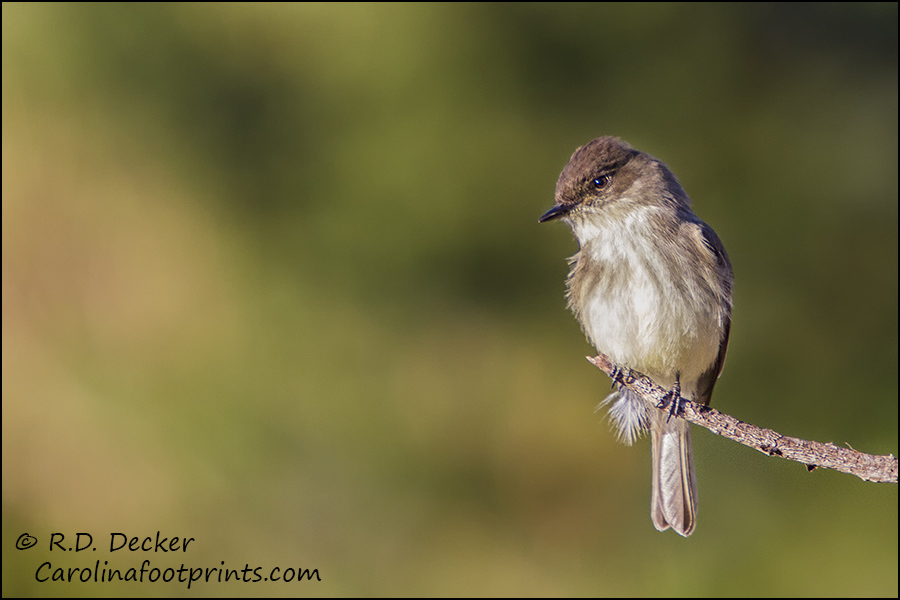