Most of the photos I’ve seen of American Oyster Catchers are fairly static poses. I’m as guilty as anyone when it comes to shots of American Oyster Catchers looking over their shoulder and giving the camera “the look.” Not that there’s anything wrong with “the look” but a little action is nice too. On a couple of recent outings I’ve gotten lucking enough to make photos of Oyster Cathers feeding on oyster reefs. Fun stuff! 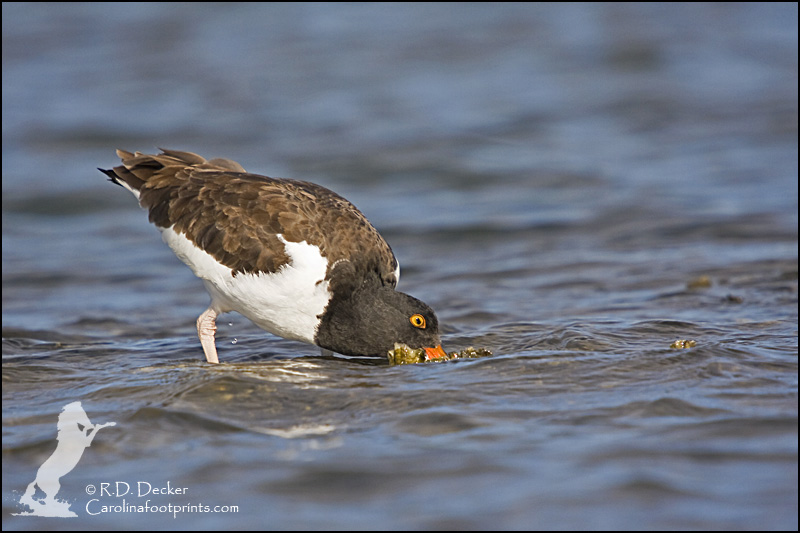 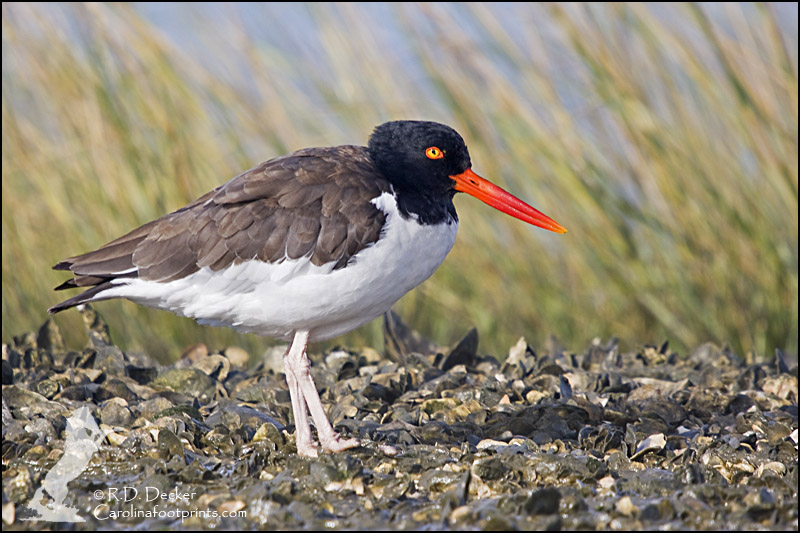 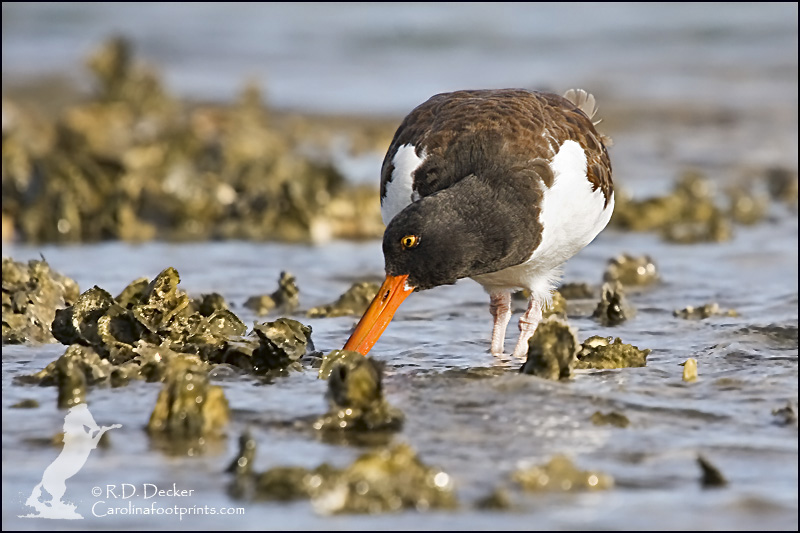 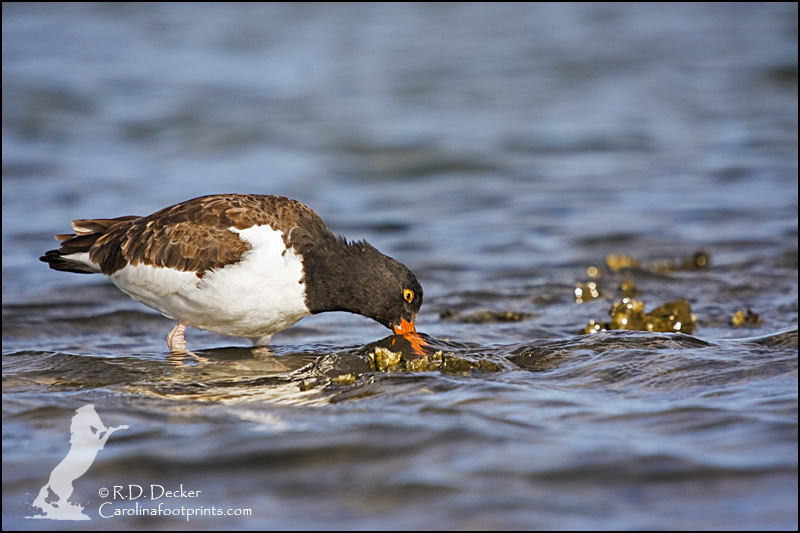