I’ve been blessed the last year or two with several opportunities to view and photograph Black Crowned Night Herons. These little herons tend to be quite elusive and a lot of very successful nature photographers only have a few images at best of them. However, I’ve never had the pleasure of seeing, let alone making photographs of a Yellow Crowned Night Heron… well at least not until yestereday morning.

With a large influx of water entering the estuary due to recent rains, and high-tide approaching, I was able to paddle my kayak into places that would normally be low lying grassy nooks. While nudging my kayak against the incoming tide on Taylor’s Creek I noticed a few birds perched back in one of these nooks. I pointed my boat in to see what the birds were… and to enjoy the relief from paddling against the current. As I approached them and started photographing the youngsters I presumed they were juvenile Black Crowned Night Herons. After all, I’ve become accoustomed to seeing them around the Rachel Carson Estuarine Reserve. But with the help of some friends over at the forums at Wildlifesouth.net I learned they were actually Yellow Crowned Night Herons. Very, very cool!

A small, maybe medium heron, the Yellow Crowned Night Heron lives on or near wetlands on the east coast of the Unitied States and, to a lessor extent, along rivers and streams as far norht as Illinis. They primarily feed on crustaceans and, as their name implies, mostly hunt at night though are more likely that other night herons to been seen feeding in day light. The Carolinas is a summer home and breeding area for these birds. 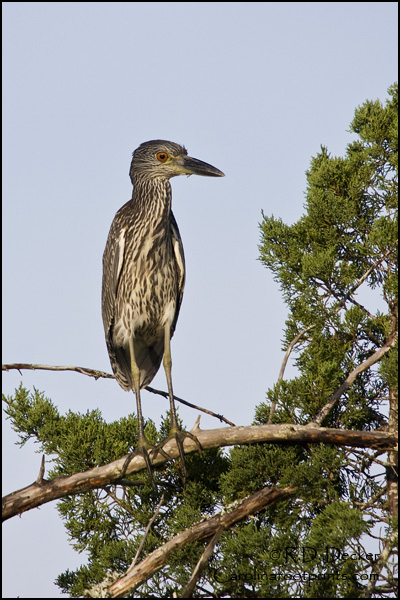 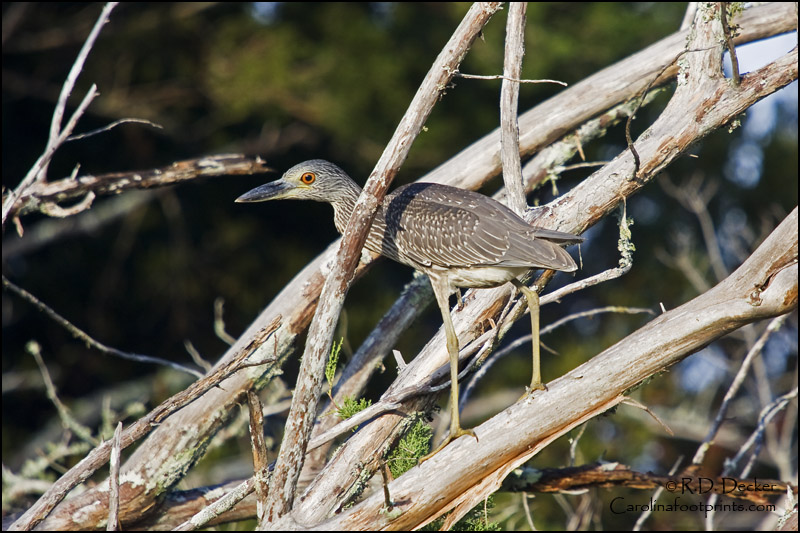