The Eastern Willet is a large migratory shore bird that is a member of the sandpiper family. While Willets will migrate as far south as Central and South America, they breed in salt marshes along the eastern US coast. There is also a Western variety that is slightly larger and has subtle differences in its markings. Willets were nearly hunted to extinction in the early 1900s but have made a nice come-back and are a common site along our beaches.

This bird was photographed along Bogue Banks, Atlantic Beach, NC. Rather than standing above the bird and ending up with a downwardly angled shot I am laying on the beach to get as close to an eye-level perspective as possible. At this location the beach inclined rather quickly so I’m probably a foot or two above the bird despite my prone position. Staying low not only offers a more pleasing perspective when photographing birds, it is less stressful to the animal. You can usually approach closer if you are low or, as in this case, the bird will make a closer approach to you. 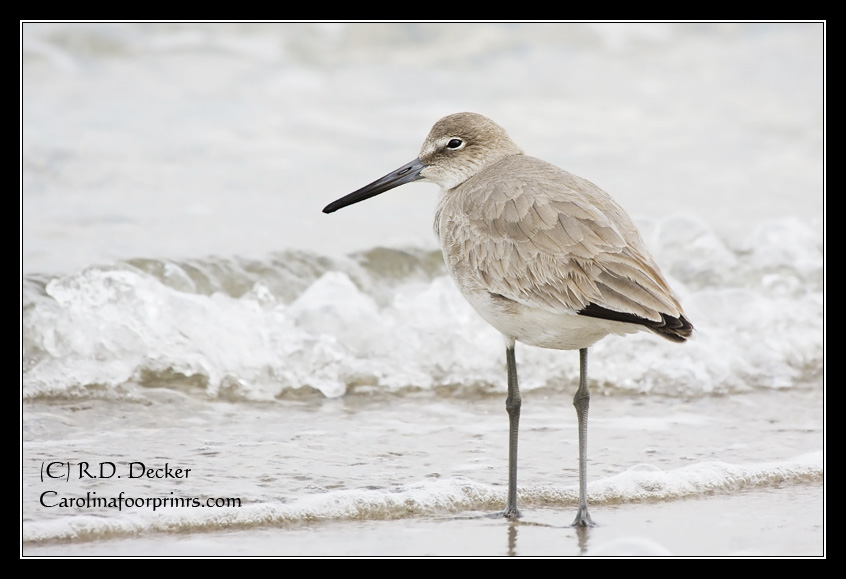 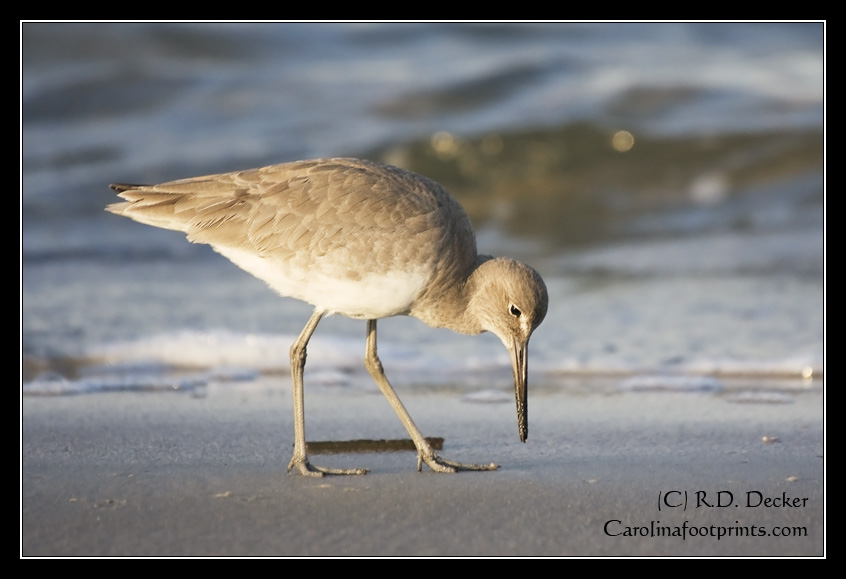 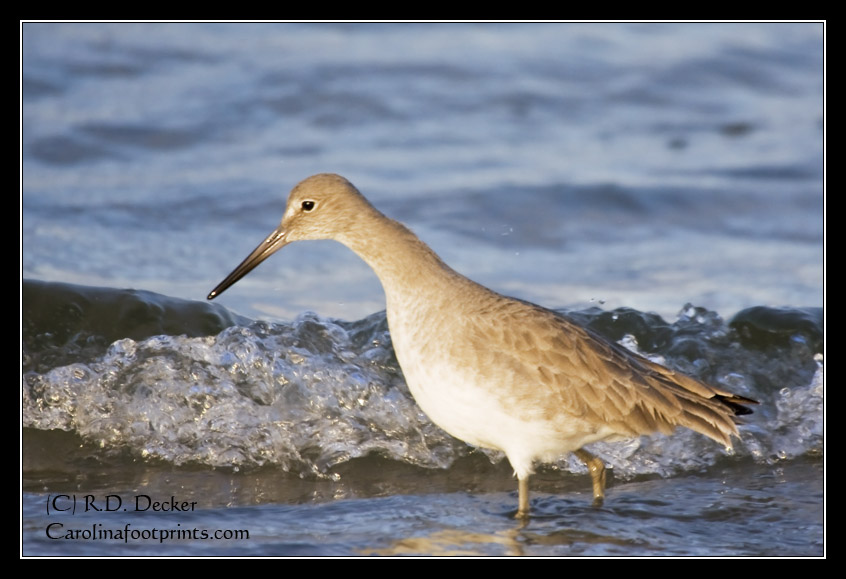 This entry was posted in Wildlife Photography and tagged Beach, Bird, Photography, Willet.