The American Oyster Catcher is one of my favorite shore birds. Their distinctive bright orange bills and eye circle make them one of the more colorful birds found along North Carolina’s beaches. They range in height between 17 and 21 inches and sport a 35 inch wingspan. Their bright orange bills range from 3 to 4 inches in length. In addition to the bill and eye rings other distinguishing characteristics include pink legs, black heads and necks, and the white stripes on their wings.

While not on the endagered species list, the American Oyster Catcher is noted as a concern. Once hunted for food, as well as their plumage, the species became protected by law in 1918. The bird is found along North America’s East coast, from New England to Florida as well as along the Gulf coast and South America. Natural predators of the bird include raccons, skunks and large raptors. They nest on beaches above the tide line and typically lay between 2 and 4 eggs per season. Their diet includes oysters, obviously, as well as other marine invertabrae.

Oyster Catchers have an interesting eye that, if you’re not aware of it, can give the impression of something being off with the pupil in photographs. I’ve heard it referred to as a “double pupil” though I believe more correctly it’s called an eye “fleck”… a dark spot in eye that looks a bit like a second pupil. My understanding is that in their Pacific coast cousin, the Black Oyster Catcher, it’s believed that the fleck only occurs in females. I don’t know of any studies being done of the East Coast’s American Oyster Catcher, but there’s a chance when you notice the “funky pupil” you’re seeing a photo of one of the gals. I know when I photograph these birds I seem to notice the fleck in about 50% (give or take) of the birds. Not particularly scientific but it seems to fit nicely with the sexual trait theory.

The Crystal Coast is blessed with a nice population of this colorful shore bird. They can be found in the Rachel Carson Estuarine Reserve as well as all along the Cape Lookout National Seashore. Look for them on Shackleford Banks, Carrot Island, Horse Island, the Middle Marshes as well as Bird Shoals. During high-tide the birds can be found bunched on small mud islands and oyster banks. As the tidal waters recede, exposing oyster beds and other food sources, the birds spread out to feed. The next time you’re exploring our natural occuring barrier islands, as well as dredge spoil islands, key an eye-open for these lovely creatures. 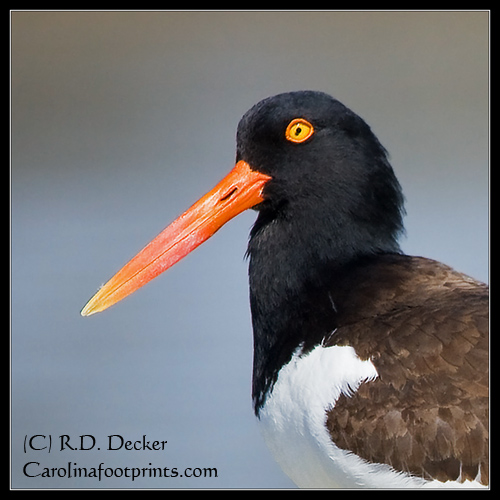 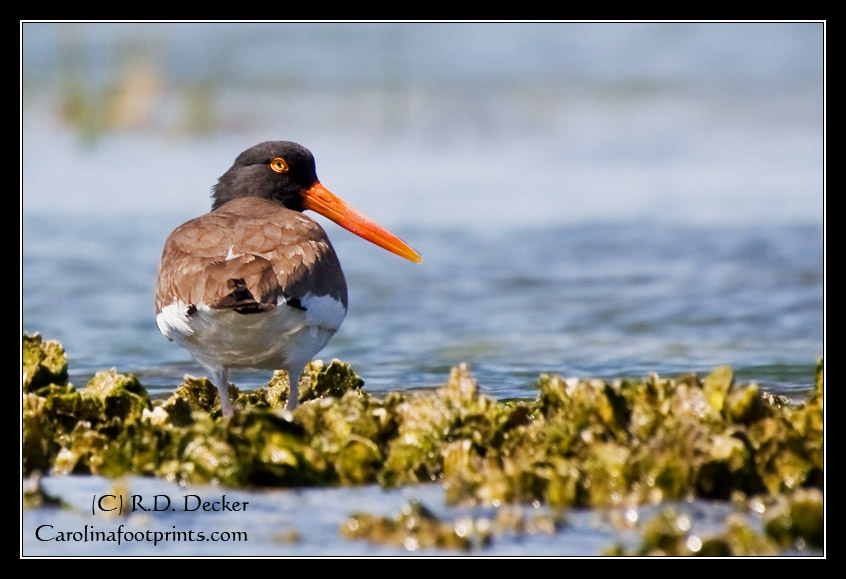 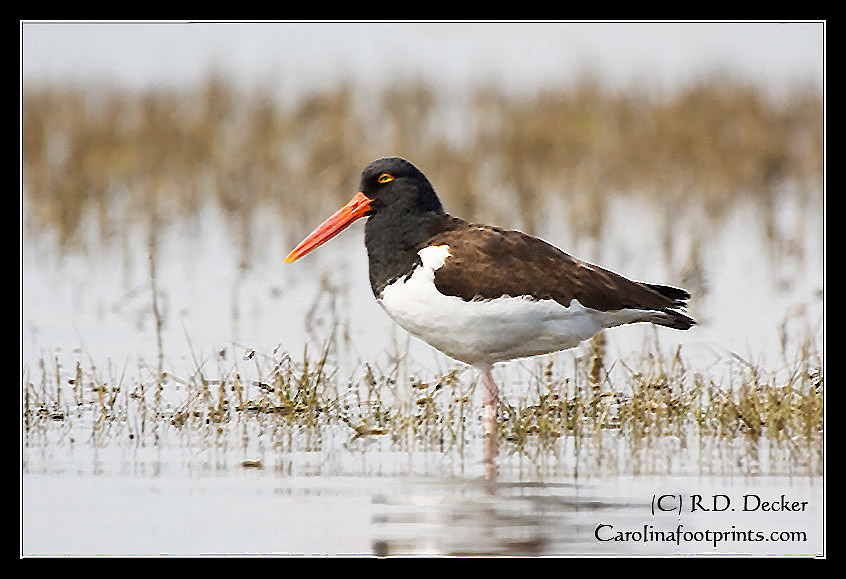 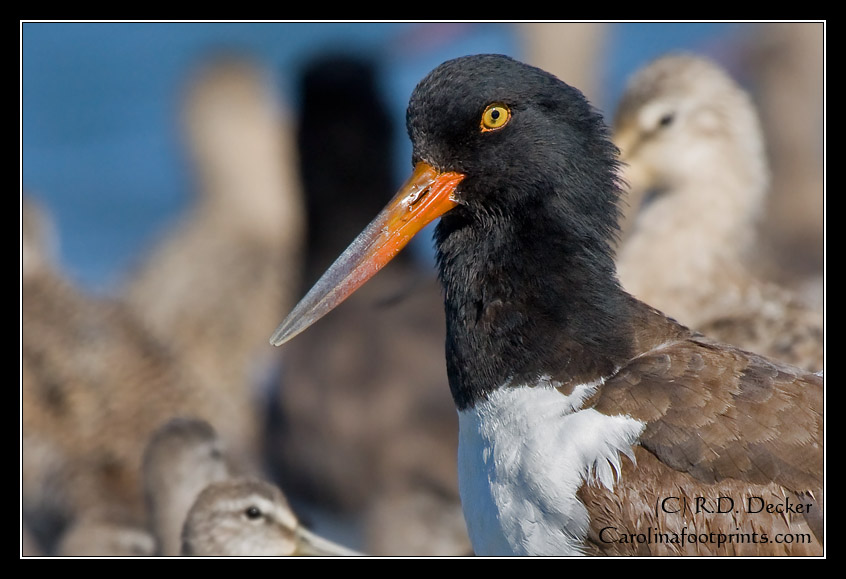