Mention the term “wild horses” and most people will think of Mustangs, cowboys and the Old West. But there is an even older herd living on North Carolina’s barrier islands. To be honest, calling them “wild horses” isn’t exactly accurate. Both the Banker Horses and their western cousins are actually feral animals… descendents of once domestic livestock. While the horses of Corolla, Oakracoke and Shackleford Banks have been in place for a few hundred years, the herd living in the Rachel Carson Estuarine Reserve have only been on those islands since the 1940s. Some “locals” suggest that the animals swam over from Shackleford, thier origin can most likely be attributed to a doctor that kept a few horses on Carrot Island in 40’s. Upon his death the horses were left to fend for themselves.

While I usually use my kayak to explore along the shoreline of the islands locate within the reserve, this morning I beached the boat and went for a hike in search of the horses. I put in at Fisherman’s Park, Front St. and Gordon St. and paddled east to the cut-through that splits the island in two. After beaching my kayak I walked in until I found one of the obvious horse paths, then followed that west until I found several of the animals. I found about a dozen of the horses in one area and greatly enjoyed watching and photographing them. 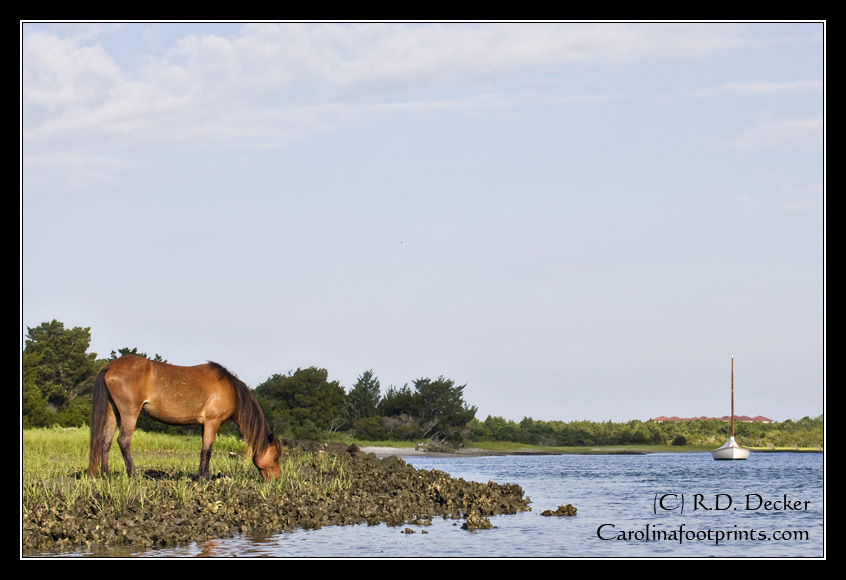 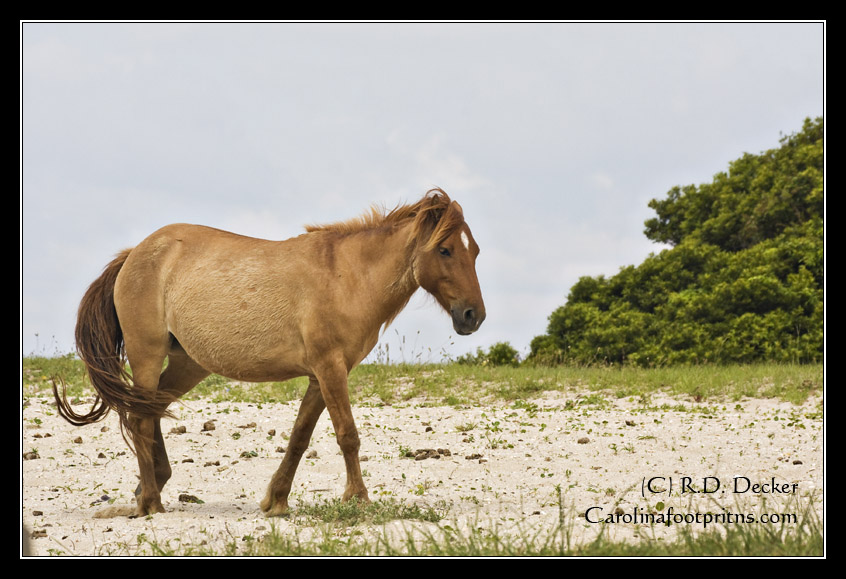 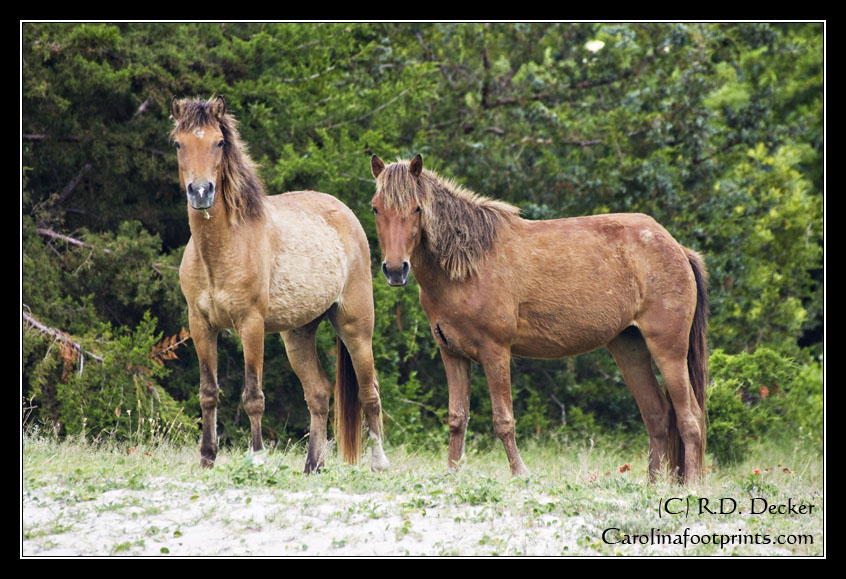 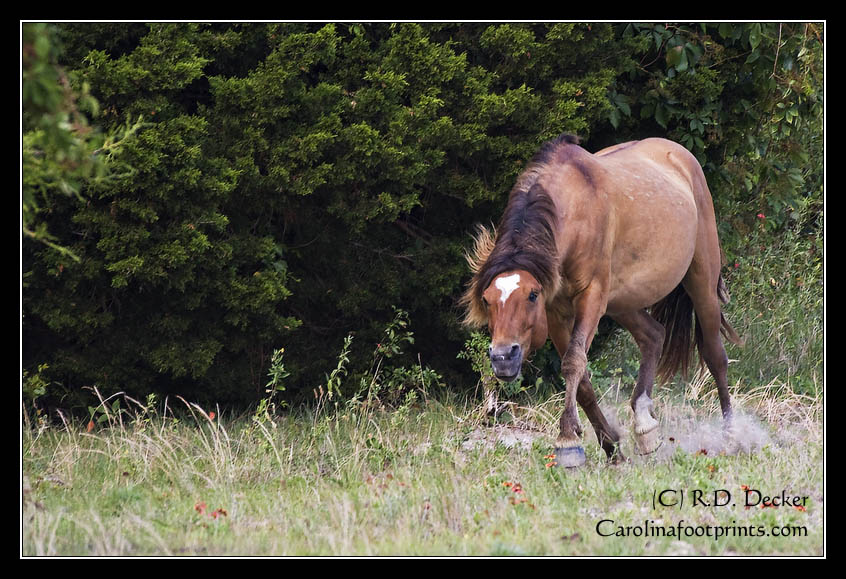 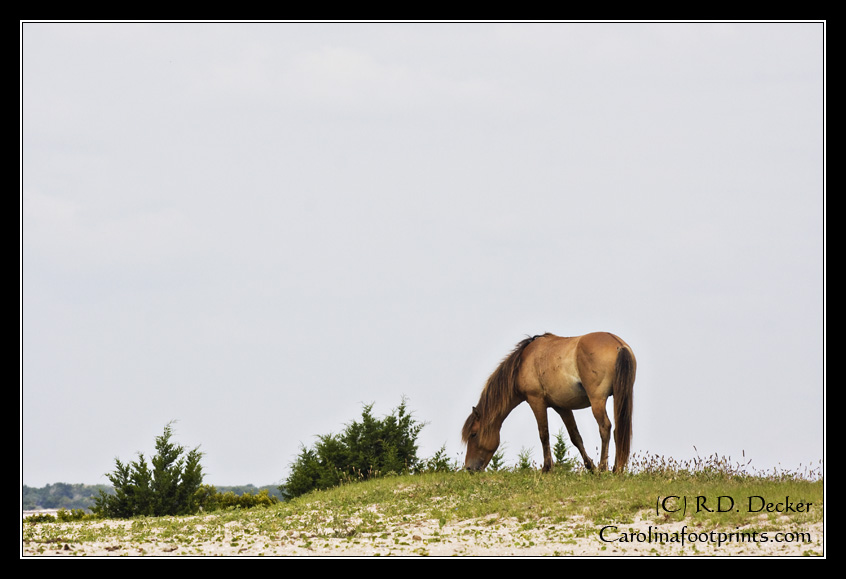