I really enjoy egrets. Doesn’t matter whether it’s a Cattle Egret, a Snowy Egret or a Great Egret, everytime I see one I crack a little smile. Smaller than the Great Egret this all white bird also differs in that it has a black bill and yellow feet where the Great Egret has a yellow bill and black feet. Like other members of the heron family this bird was hunted to near extinction in the late 1800’s for its feathers which were used for decorating ladies hats. This bird received protection in the United States under the Migratory Bird Treaty Act and it’s population has rebounded nicely. In southern states these egrets are year-round residents. Northern birds migrate in the winter to Central America and the West Indies.

This Snowy Egret was photographed in a canal at the Lake Mattamuskeet Wildlife Refuge in Hyde county. They can frequently be seen locally here around the Crystal Coast. Look for them along the Tideland Trail, while kayaking the White Oak or Newport Rivers and along the barrier islands of Cape Lookout National Seashore. You may also see them when walking the waterfronts in Beaufort or Morehead City. 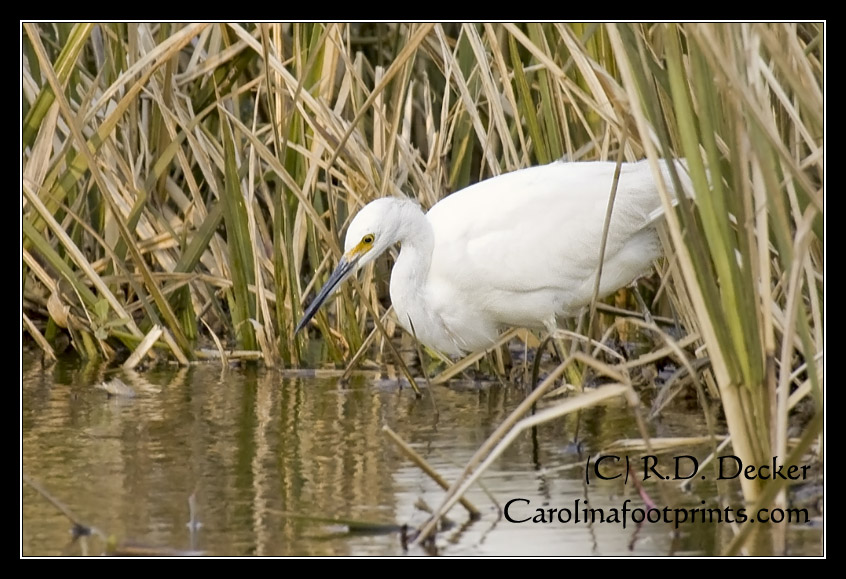 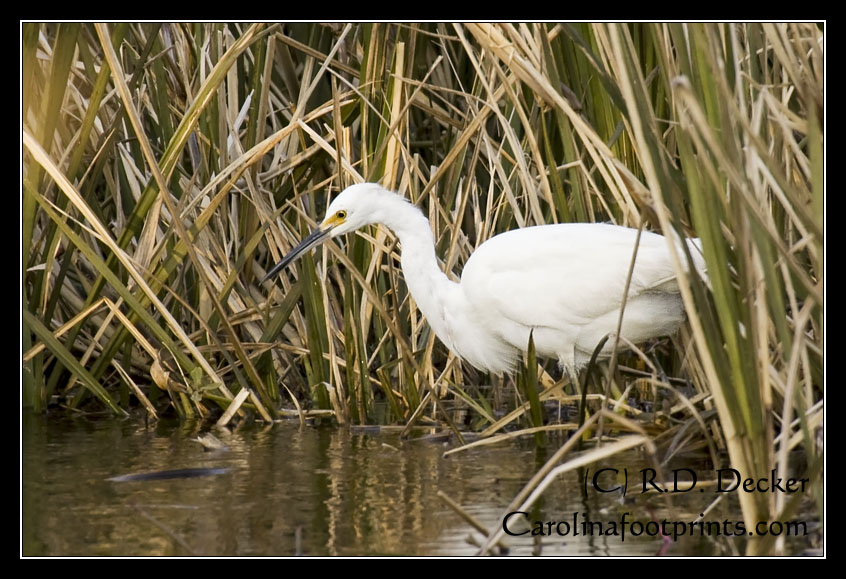