I received a phone yesterday evening telling me of several thousand Tundra Swans being spotted in Down East Carteret County. Unfortunately the call came too late for me to check them out so I headed out this morning to see if they were stil there. They were, but in a location where there really wasn’t a way to get close enough to get decent photos. We were separated by water and several yards of posted, private property. It was still neat seeing and hearing all of them. Very much reminded me of my earlier trips to Lake Mattamuskeet.

Since I was downeast anyway I decided to head over to Harkers Island. There’s almost always something interesting hanging out around the community harbor. If all else fails, there will be Brown Pelicans there. Much to my surprise, not only were the usual pelicans and gulls hanging out at the harbor, there was a Black-crowned Night Heron on site… a bird I rarely get to see. These birds range from 23 to 28 inches in height and have short yellow legs and a short neck. As their name implies Black-crowned Night Herons typically hunt after dark, as the other herons are roosting for the night. Stockier built than most herons, their red eyes are rather striking. 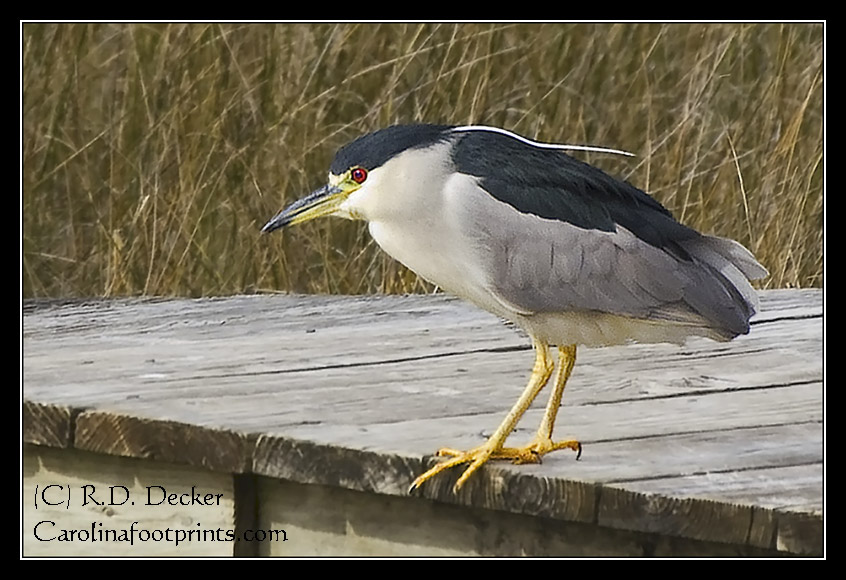 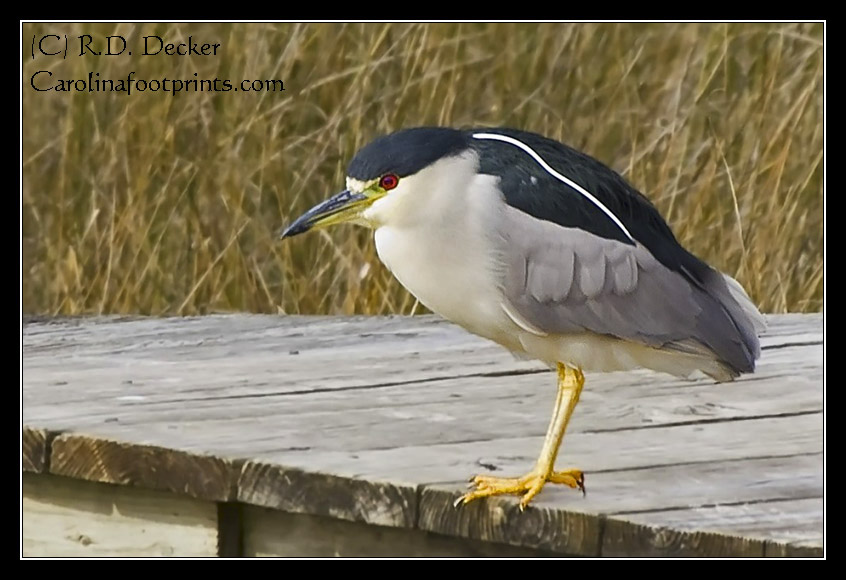 This entry was posted in Wildlife Photography and tagged Downeast, Harkers Island, Heron.