I had planned on it all day. I’d drive down to Emerald Isle to make some sunset photos At the beach. As I crossed the high-rise bridge from the mainland to the island I could see a faint hint of fog. Upon reaching the shore it became clear that he sky was going to be totally obscured by cloud cover and the fog building over the Atlantic ocean. None the less I went about the business of creating some images. I stacked a four stop and eight stop neutral density filter in front of my lens to slow my shutter speed and smooth the rough water and shot a few frames. 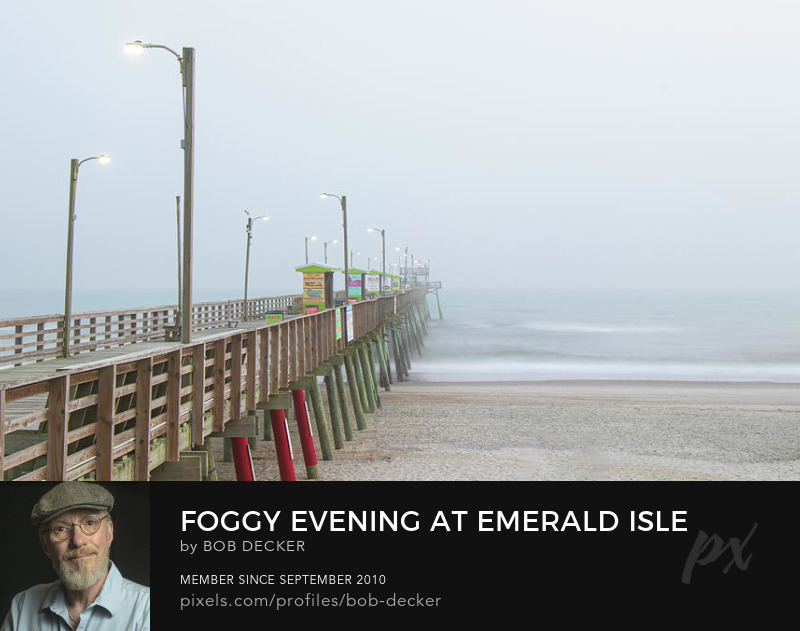 As can be seen here a heavy fog rolls in off the Atlantic ocean obscuring the horizon and setting sun. The end of the fishing pier nearly disappears into the mist. This beach would be covered with people in “season,” during the winter it is nearly empty.

This is the Bogue Inlet Pier. Most of the year the facility is open for fishing and would be covered with people wetting their lines. For a short period each year the pier is closed to the public. This is one of two commercial fishing piers located along this barrier island. 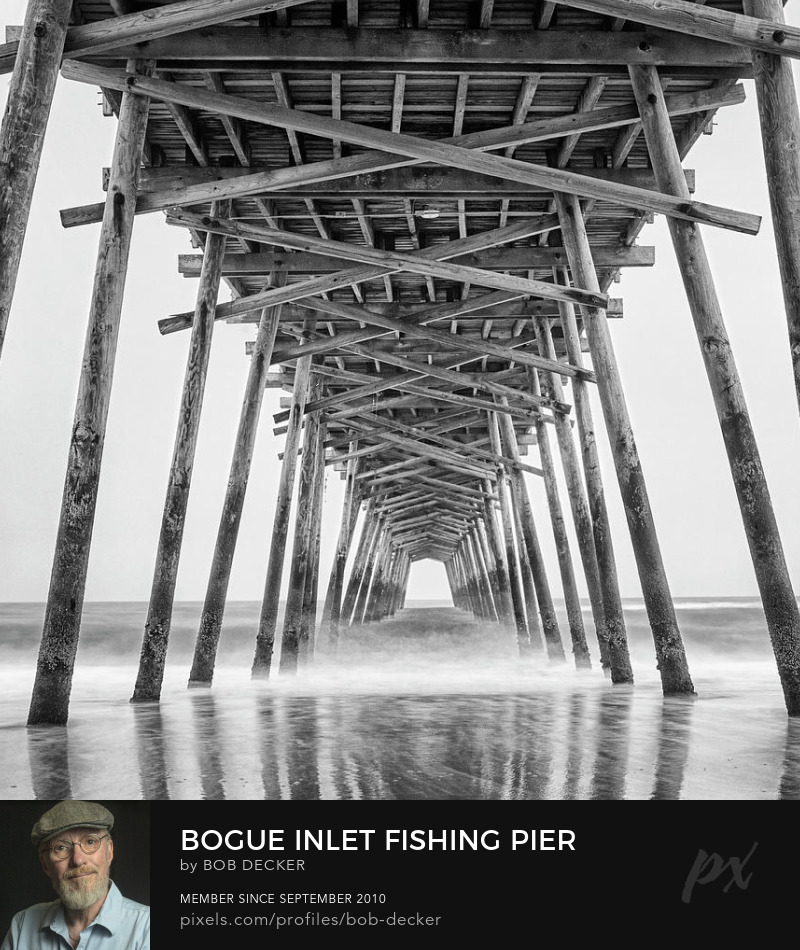 The Bogue Inlet Fishing Pier is located along the beach in Emerald Isle, North Carolina. The town is located on the western end of Bogue Banks. The general area is known as the Crystal Coast and the Southern Outer Banks. The region is blessed with mild winters and a cooling sea-breeze in the summer.

What about you? Would you still enjoy an evening at the beach when fog rolls in? If you enjoyed this article I’d love to hear your comments. You can find me on Facebook at https://facebook.com/Carolinafootprints.com.