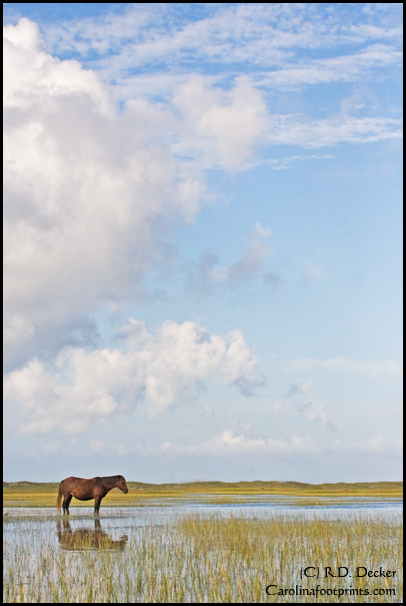 Without a doubt one of my favorite wild encounters are the wild horses living on Carrot Island, Horse Island and Town Marsh, aka the Rachel Carson Estuarine Reserve.  Descendants of horses left behind by early European settlers, these animals have been living on barrier islands along the Outer Banks since the 1500s.  Though it is thought that the horse originated in North America, its ancestral species went extinct here following the last ice age.  The horse was reintroduced to North America during its colonization by Spanish, English, French and other European settlers.  Some of the first Mustangs introduced to North Carolina were probably left as a result of a failed Spanish settlement attempt near Cape Fear.  Others were stranded on the barrier islands by explorers preparing for the return trip to Europe.  Transporting horses back across the Atlantic was simply too costly in terns of space and other resources on the small, wooden ships of that era.

The horses living within the Rachel Carson Estuarine Reserve complex, while related to the animals introduced during colonial times, were introduced to the area in a less romantic manner. In the mid-twentieth century a local doctor used Carrot Island for grazing his livestock. While these animals were primarily from Core Banks, over time the physician bought other animals at auctions around North Carolina. The domestic bloodline of these additional horses was intermixed with that of the original Core Banks stock. This addition of modern domestic horse DNA accounts for why the horses living in the Rachel Carson Reserve tend to be a bit larger than other Banker Horses. After the doctor passed away his heirs abandoned the animals and left them to fend for themselves. The horses of the reserve tend to be a bit larger than other herds found on the banks, though maintaining many of the Banker Horse traits; convex face, long, flowing mane and a low set tail. It’s interesting to contemplate on how the horse originated on this continent then went extinct only to have its descendants returned ten-thousand or so years later. 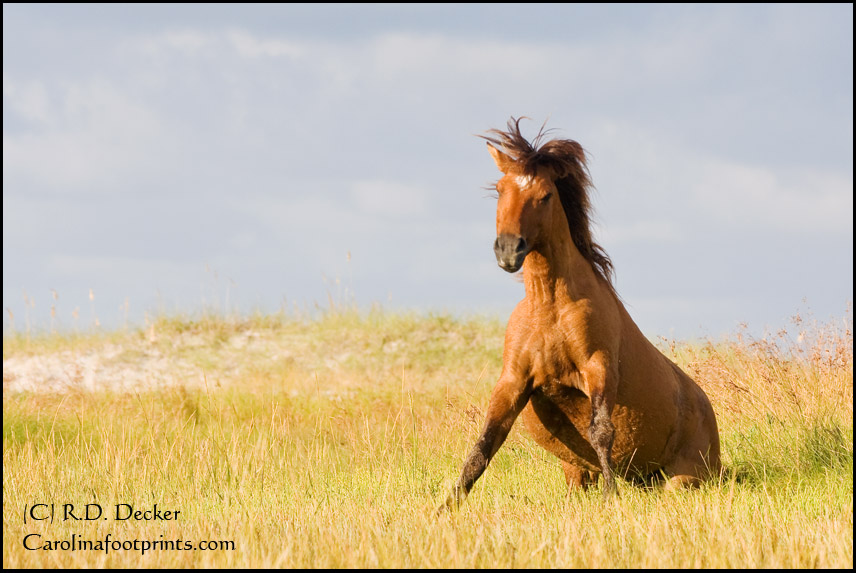 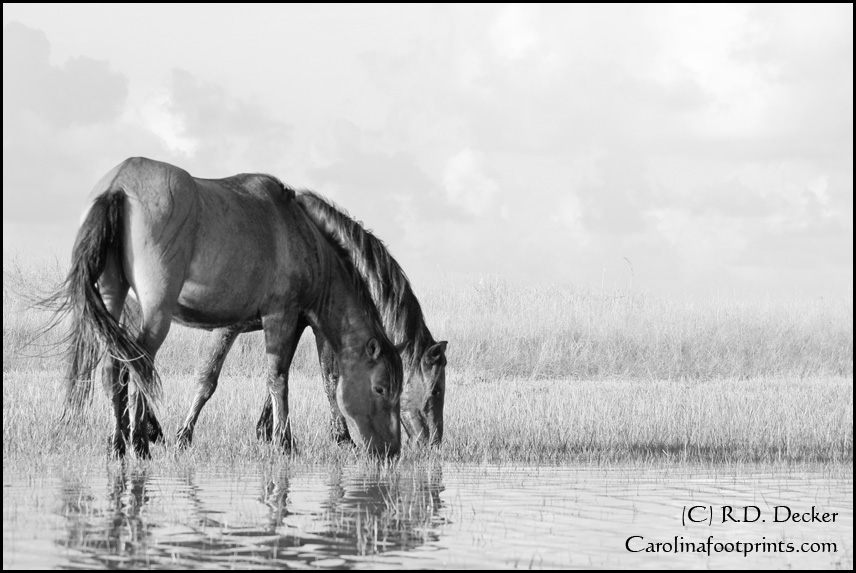