When most people think of a wild horse fight they visualize the horses standing on there rear legs, hooves flailing and teeth gnashing… (kind of like in the post below this one). But in reality it doesn’t always work that way. They can clash with all four feet planted firmly, well semi-planted, on the ground. The photos below show a clash between two dominate stallions on the tidal flats. During this scrimmage neither horse ever reared up. Still the action was intense with mud and water flying in the air.

During the editing process I quickly recognized that I wanted to use a contrasty black and white treatment for the first image. I desaturated the image in “Adobe Camera Raw,” then opened it with Photo Shop. Next I applied some “smart sharpening” then used the NIK “define” plugin to tame down the noise a bit. Next I used the “detail extractor” in the NIK Color Efex Pro 4. I then zoomed in to do some dodging and burning by hand to create the look I wanted. The final step was to create a duplicate layer in “soft light” mode to add some “pop,” then adjust the opacity of that layer to taste. I then decided I wanted to do a series, selected the next two images and used the same workflow to maintain a consistent look between the three photos. 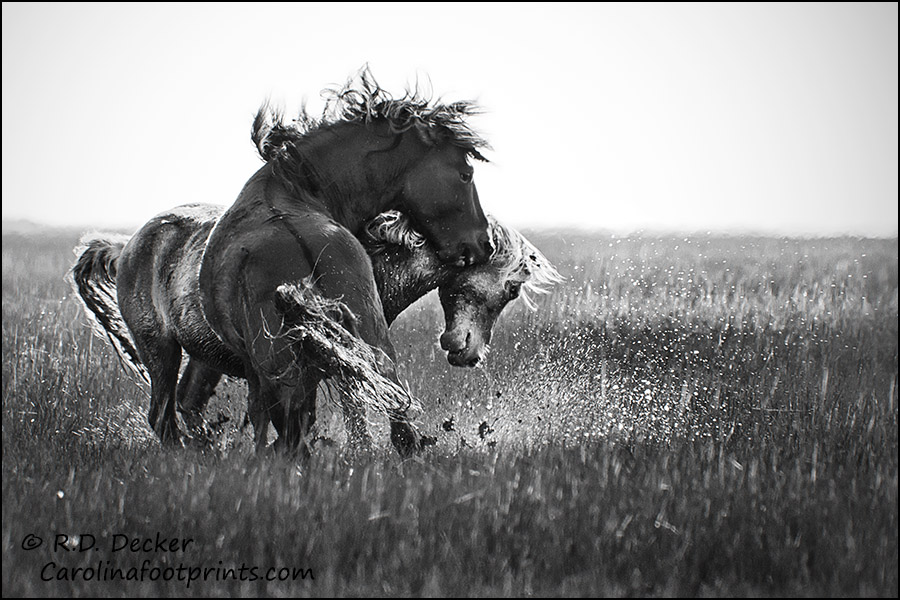 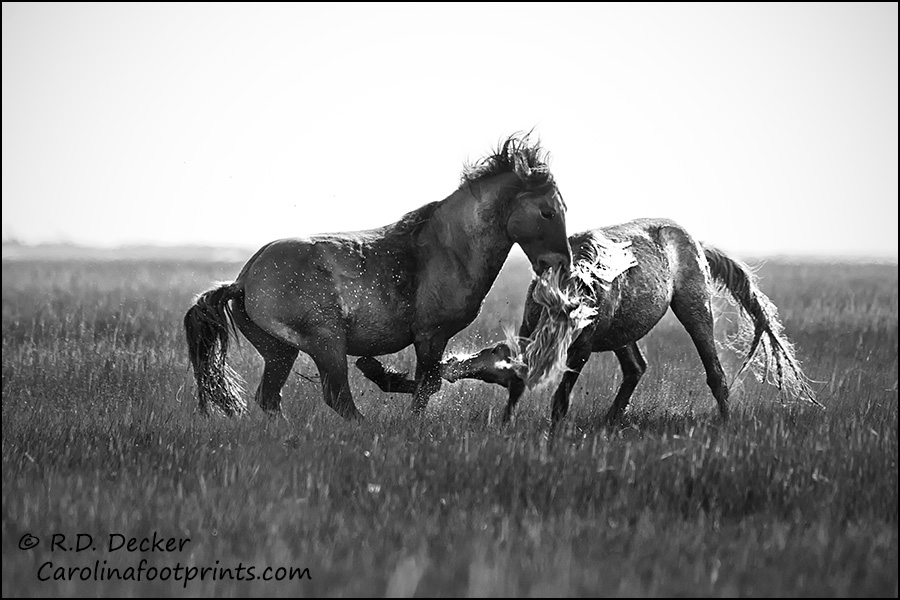 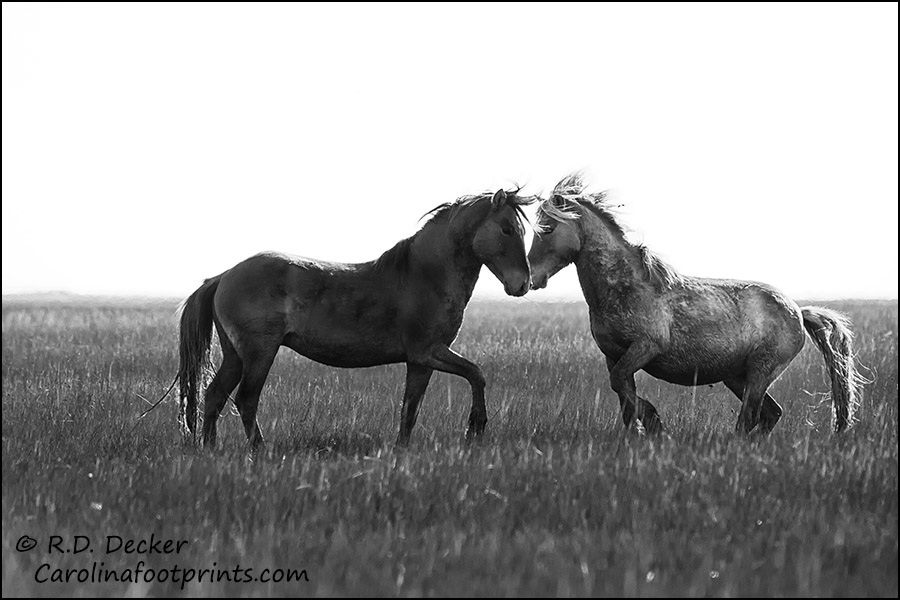