I rolled out of bed early yesterday morning and headed for the woods with the hope of getting a few photos of Whitetail Deer. Eastern North Carolina isn’t one of those places where one can easily find wildlife willing to pose for photos. We don’t have a national park close by where the wildlife has been habituated to humans. Instead we have acres and acres of dense forest where every fall hunters armed with bow & arrow, muzzle loading rifles and modern firearms go hunting. When your impression of humans is that of a creature that hurls arrows and lead in your direction, standing pretty for a photo isn’t something you’re likely to do.

That’s not to say you can never get lucky and find a deer or two standing out in the open that you can get a photo of, but it’s a bit rare. There are also a few locations… “safe zones” if you will where you’re odds of getting in camera range is a bit better than it is in the National forest or National Wildlife Refuge. It pays to develop a bit of knowledge about the area you live in and the animals you wish to photograph. 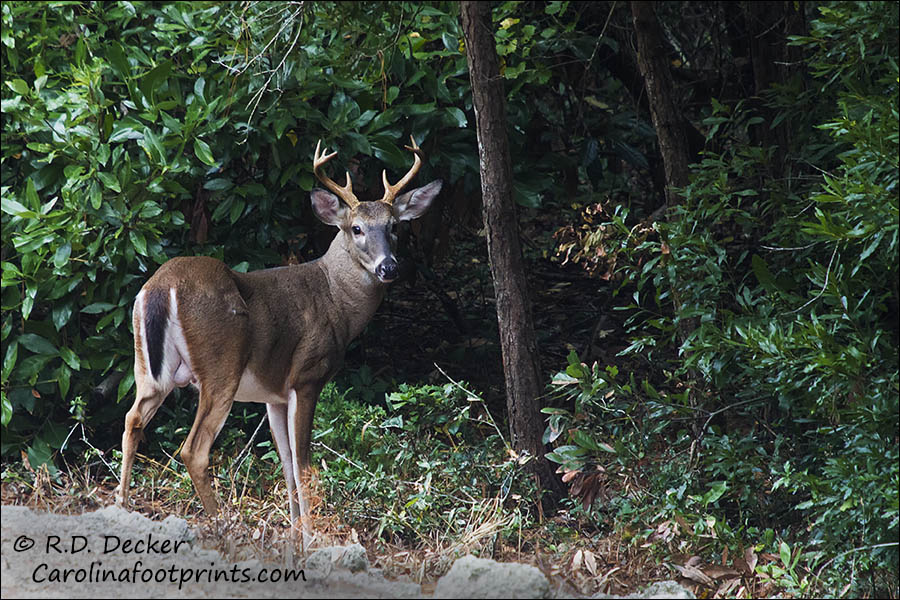 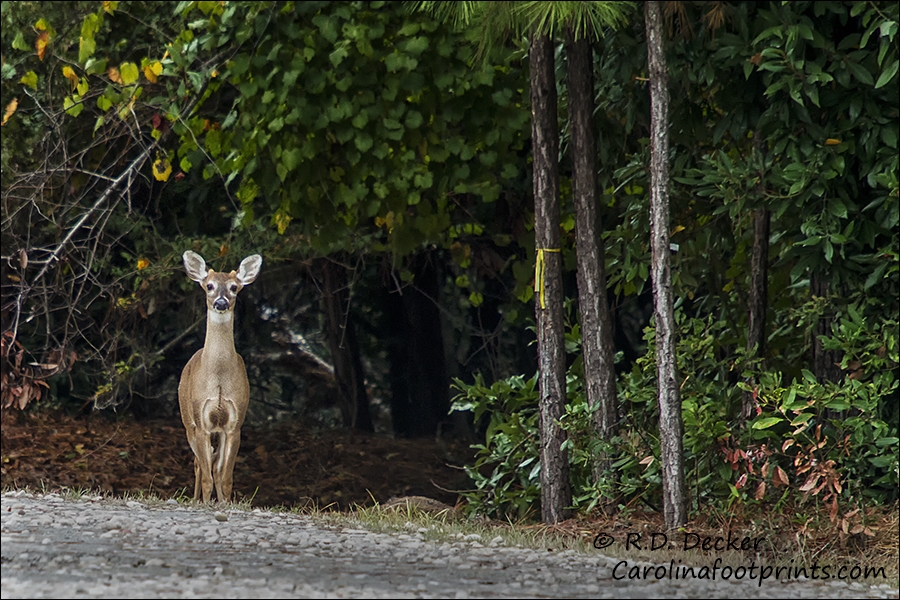 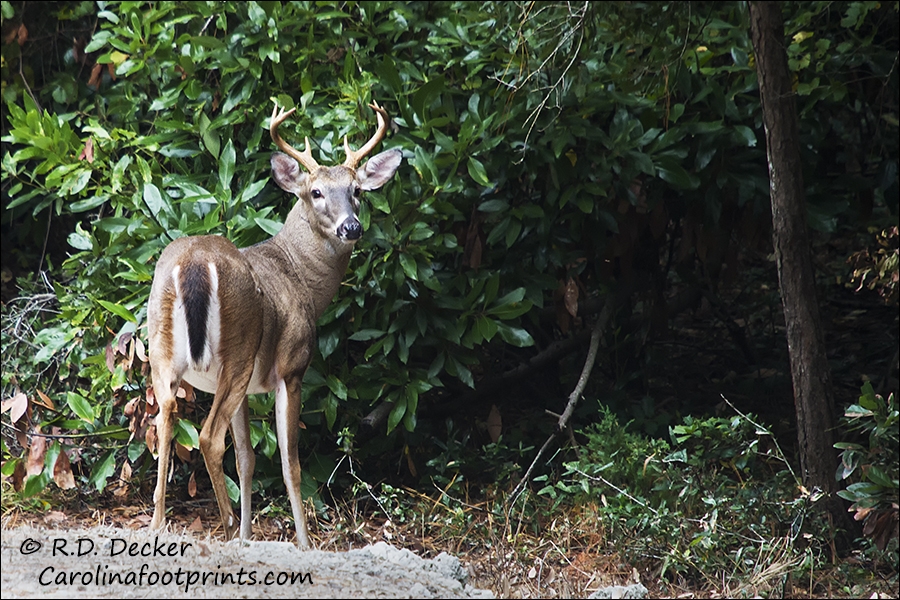