Sometimes Exotic Places are Right In Your Backyard!

Mention the term “wild orchid” and many peoples minds will think of tropical rainforests in some secluded, distant location. But sometimes exotic locations exist in our own backyard. Such is the case with the Croatan National Forest. Located on the Coastal Plain of North Carolina, this forest is home to a variety of exotic plants. Living in this national treasure are several variety of carnivorous plants such as the Venus Fly Trap, Yellow Pitcher Plant, Purple Pitcher Plant and a variety of Sun Dew and Bladderwort plants. In addition to this fascinating class of plants, the Croatan is also home to several wild orchids, including the Yellow Fringed Orchids pictured below.

According to the US Forest Service:

Yellow fringed orchid is a perennial herb that blooms from late June to September. The flowers are showy, with bright yellow to orange flowers that have distinctive fringed lips and are clustered in racemes. This plant is typically found in sunny, wet areas with acidic soils. Its habitats include swamps, seeps, wet meadows and prairies, boggy areas in pine savannas, flatwoods, and roadsides.

Yellow fringed orchid is native to the most of eastern and south central United States. It is still common in the southeastern states, but is becoming rare at the northern edges of its range. Threats to this species include shading of habitat due to succession, plant collection, roadside mowing, and changes in hydrology.

Below are a few photos from a recent trip to the Croatan National Forest. 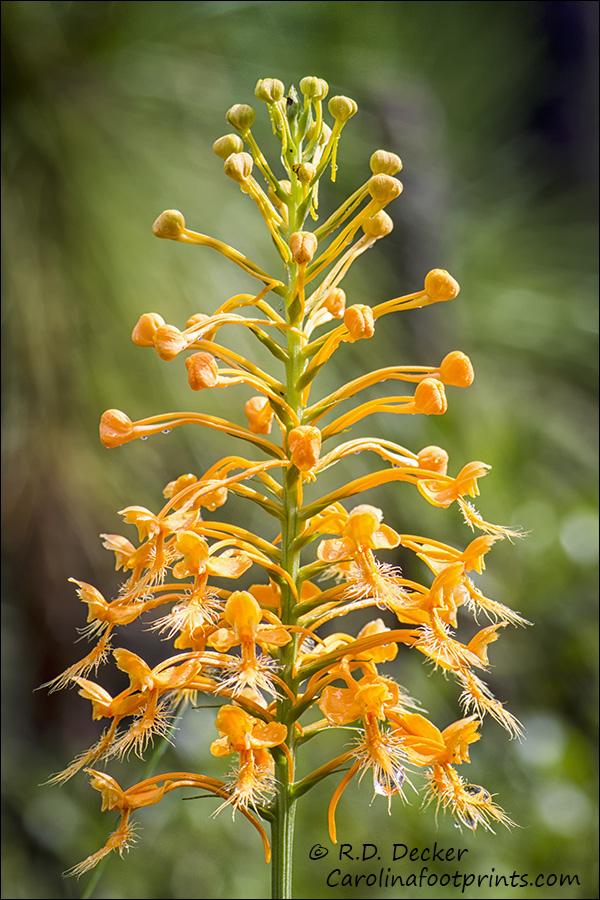 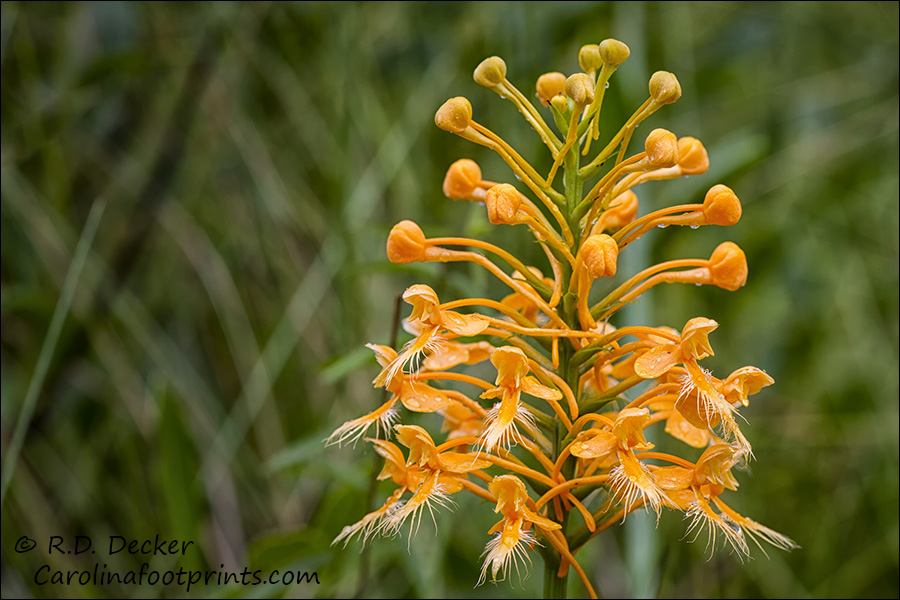 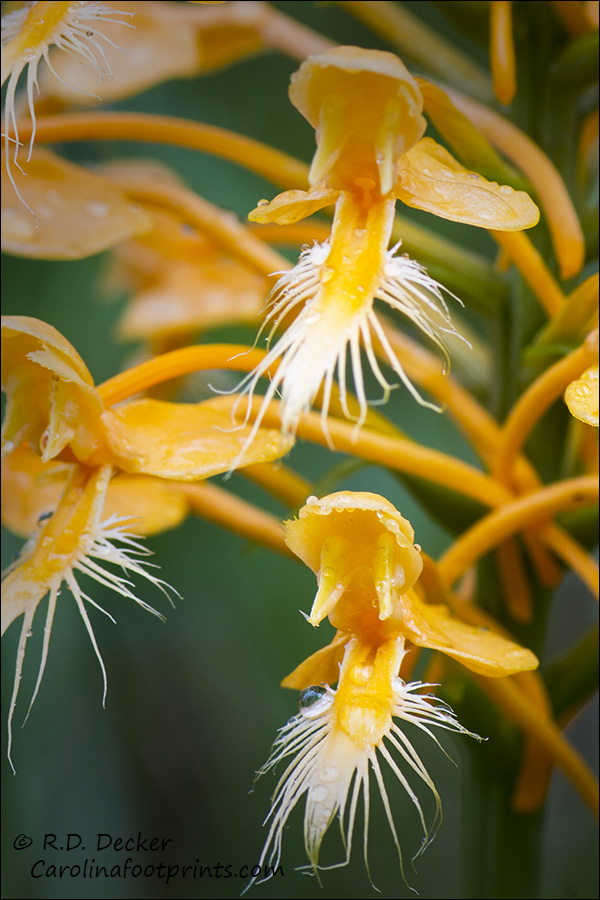 black and white prints for sale