The weather broke a bit late this afternoon so I decided to venture out and see if I could find something interesting to photograph. The skies were still threatening a bit so I decided to stick to the car and explore some forest roads. That type of outing is always a bit hit or miss… with miss being the most common. I got lucky and notice a Rough Green Snake in the middle of the forest road. While they’re probably common enough their bright green color makes them very difficult to find when in vegetation. They are generally fairly tolerant of close contact with humans, seldom if ever bite so I decided to take advantage of those tendencies and used a macro lens combined with a 1.4x teleconverter and, eventually, an extension tube. For some of these shots the front of my lens was probably within 3 inches or so of the snake’s face. 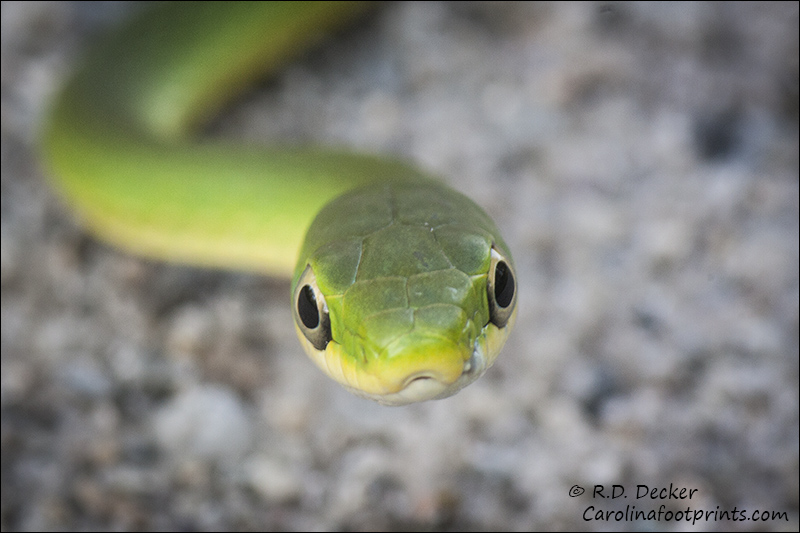 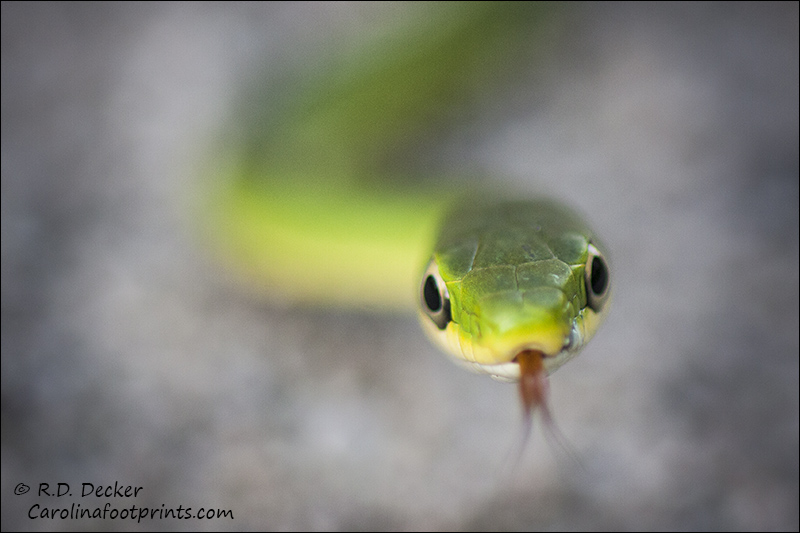 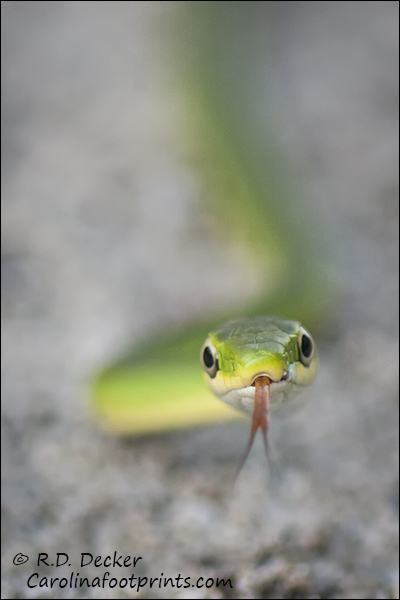 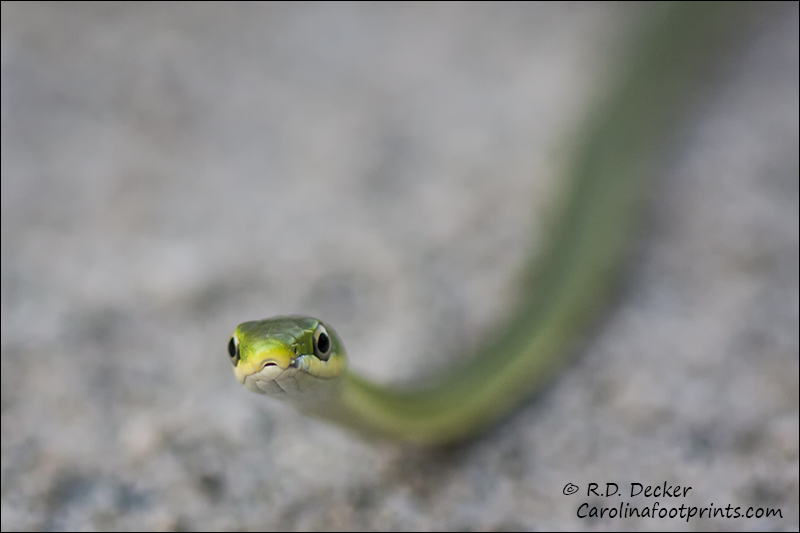