Killdeer: A Shorebird That’s Not Always a Shorebird

To be honest I’m more used to seeing Killdeer in fields and meadows miles away from the beach than strolling along the shore with sand between their toes. They were a fairly common sight when I lived in Indiana, about as far removed from the seashore as one can get. Yet they are considered a shorebird. These small birds are plovers. They are well known for their broken wing act which they use to distract predators from their nests. In the summer they can be found as far north as Quebec, British Columbia, the Yukon and southern Alaska. Killdeer are year round residents across the southern half of the United States.

While paddling along the southeast shore of Carrot Island my eyes caught sight of some movement along a beach area. As I moved closer I could tell there were a couple of plovers working along the shore line but I was able to tell what kind of plover they were until I got within camera range. I was almost suprised to realized they were Killdeer. As I mentioned above, I’m more used to seeing them away from the water than along it. It was a nice change of pace to get some photos of these handsome little birds hunting along the waters edge. Below are a few photos from the encounter. 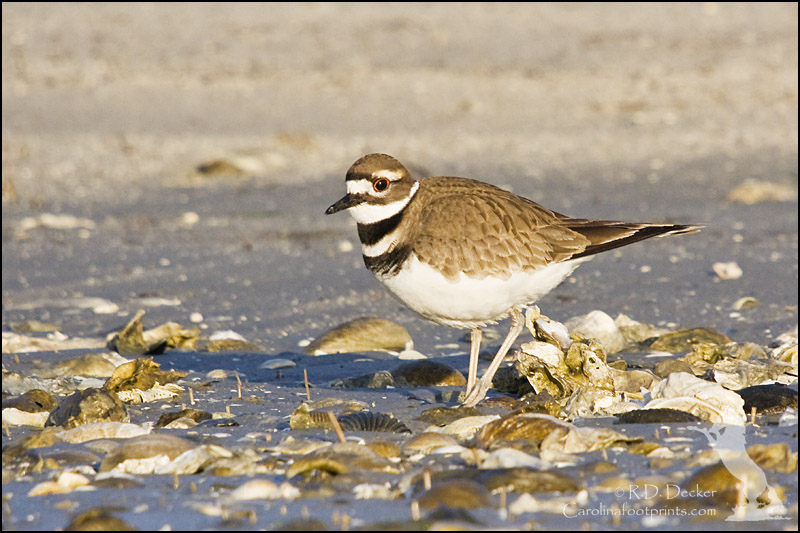 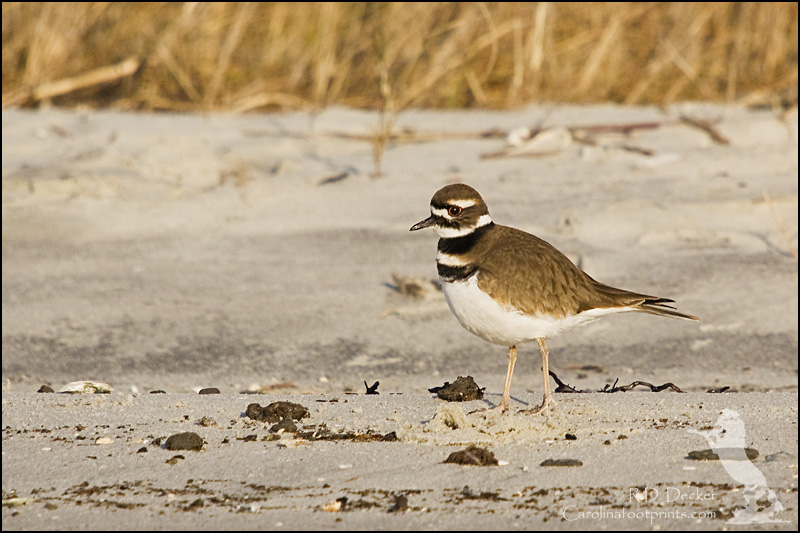 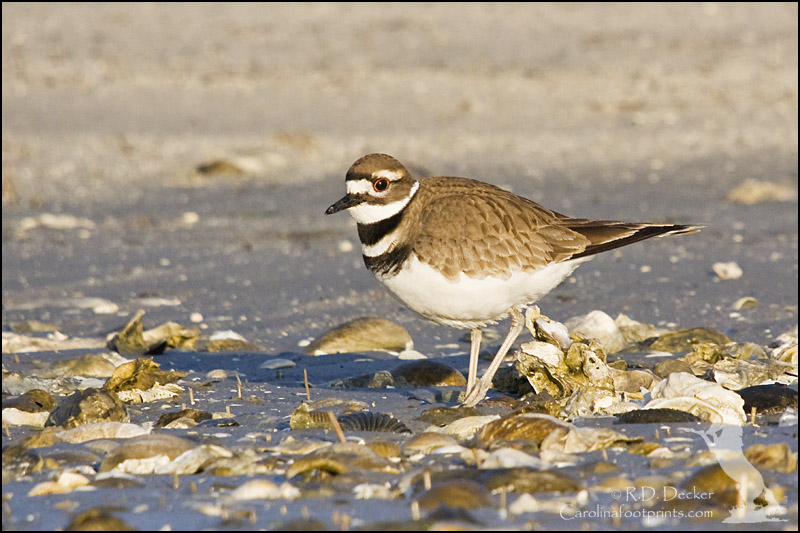 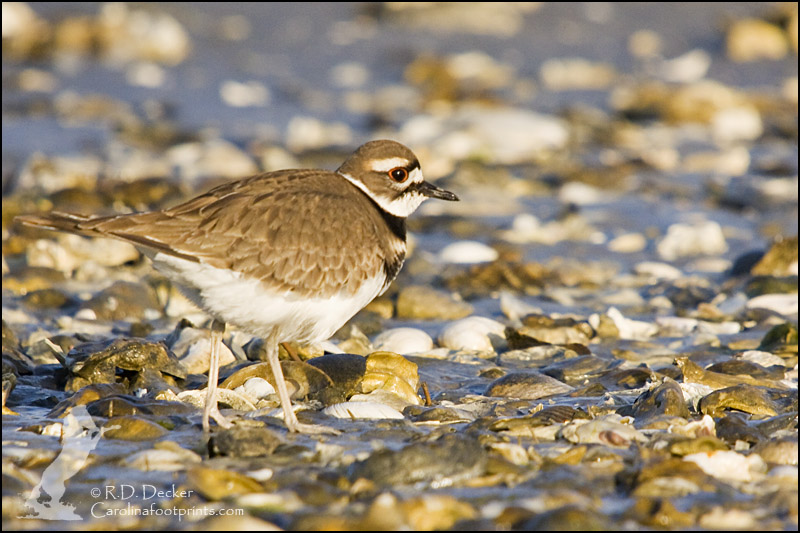