A lot of people probably aren’t aware that Elk were once quite plentiful in the mountainous areas of the eastern United States. The combination of pressure being placed on thier habitat by an expanding civilization and over hunting resulted in these animals being eliminated from this part of the country. In fact the entire species was on the brink of extinction not all that long ago! It is believed that the last Elk was killed in North Carolina in the late 1700’s with the last one in Tennesee being killed less than fifty years later. Due to recent reintroduction efforts wild Elk again roam the Great Smoky Mountains in western East Carolina.

In 2001 the National Park Service released 25 Elk in the Great Smoky Mountains National Park. Two possible reintroduction locations were considered based on the presence of pastures of grasses for the animals to feed on. Cades Cove in Tenneese and the Cataloochee Valley in North Carolina were the two areas given consideration. In the end the more isolated Cataloochee Valley became the release point. A second release of 27 Elk followed in 2002. An additional release for 2003 was planned but abandoned when North Carolina, along with several other states, banned the importation of deer and elk due to a fear of spreading Chronic Wasting Disease. Today the Elk population in North Carolina is estimated at 150 animals and growing!

Most of the Elk remain in and around the Cataloochee Valley area and that is the best place to visit if one wants to see or photograph the Elk. However, a few have spread out and fairly consistant sightings are rerported along Highway 441 near the Ocanaluftee Visitor Center outside of Cherokee, NC. I had the pleasure of coming across a Bull Elk, three or four Cows and a Calf feeding along the road when passing by the area one morning during my recent visit. Below are a couple of photos of the magnificant Bull Elk. 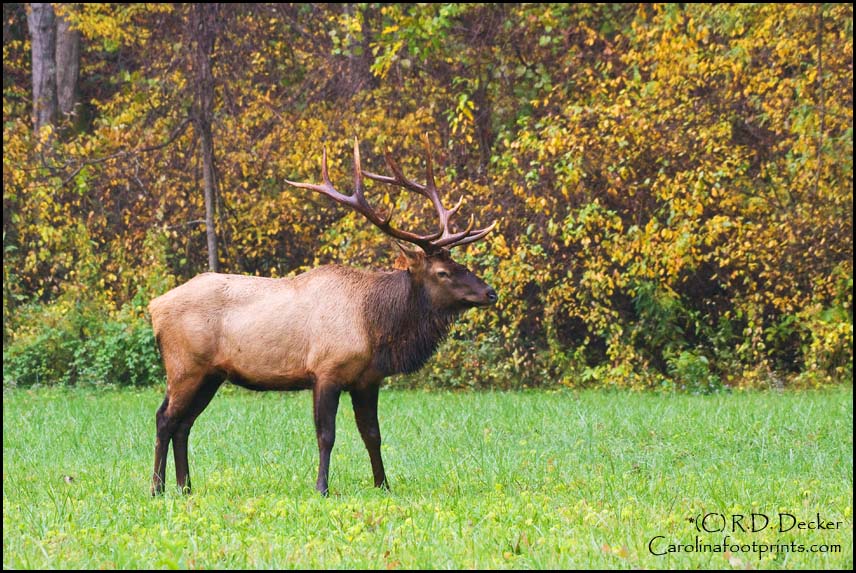 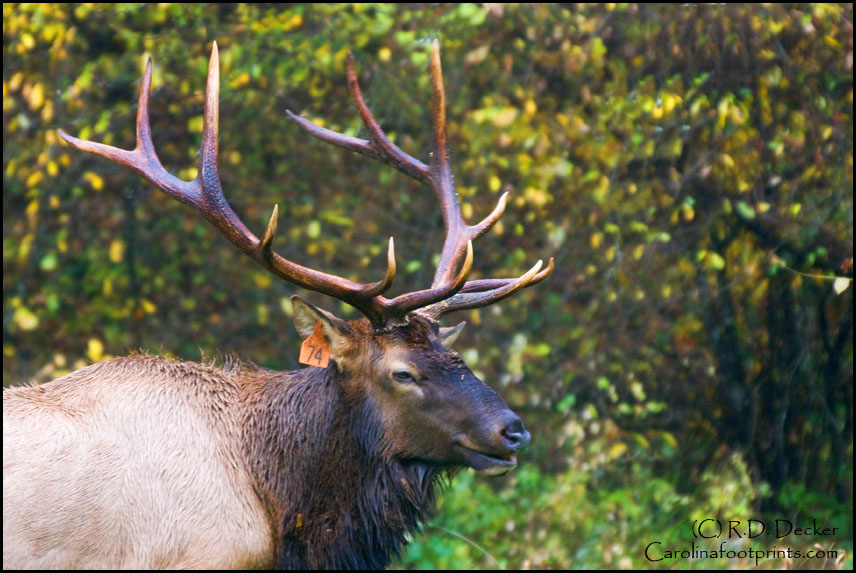