Probably not too surprisingly this image looks quite a bit different than it did when it came out of the camera. Obviously it was a color shot when the photo was made. But there was certainly more work involved that a simple conversion to black & white. For example I used a Nik plug-in in Photo Shop bring out more detail in the image. As is done with virtually every image you see the photo was sharpened, contrast was adjusted and in this case some manual burning and dodging was done to increase the drama of the image. One could argue that the image is no longer a nature photo because of the work done during post processing. That’s fine. I understand that position. In fact I’m alright with the image being referred to as a piece of art if you prefer. 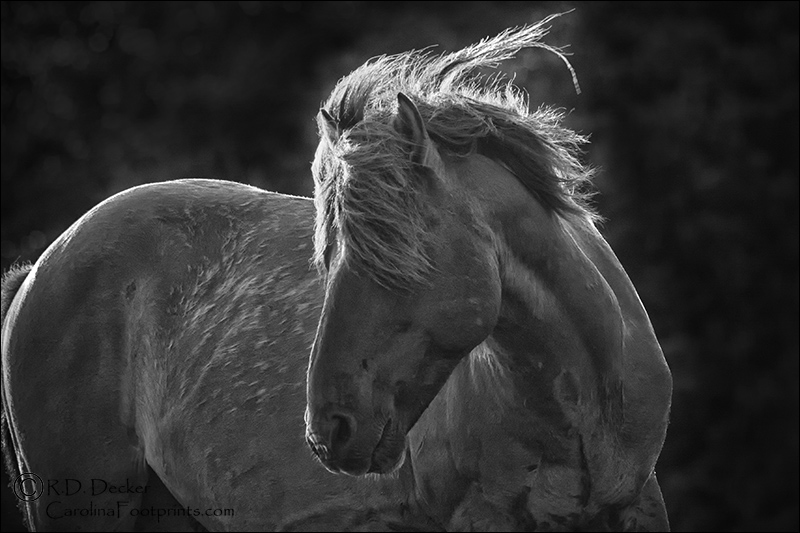