The morning sky was awash with golds, pinks, purples and blues as I unlashed my kayak from the top of the van. The brisk wind blowing from the north was cold and much faster than the weather report had predicted the night before. Still the tide was right and I had high hopes of finding some good photographic subjects. On many similar mornings the estuary has presented a virtual cornucopia of shorebirds to photograph. This morning, however, was different. Perhaps it was due to the chill in the air, or the cold, hard north wind but the birds were more skittish than usual. Approaching close enough for a quality photograph was proving quite difficult. As luck would have it at one point a few Common Mergansers were swimming in front of me. Normally very difficult to approach by kayak two or three of the birds surfaced from a dive just in front of my boat. I took advantage of the opportuninty to fire off a few shots. 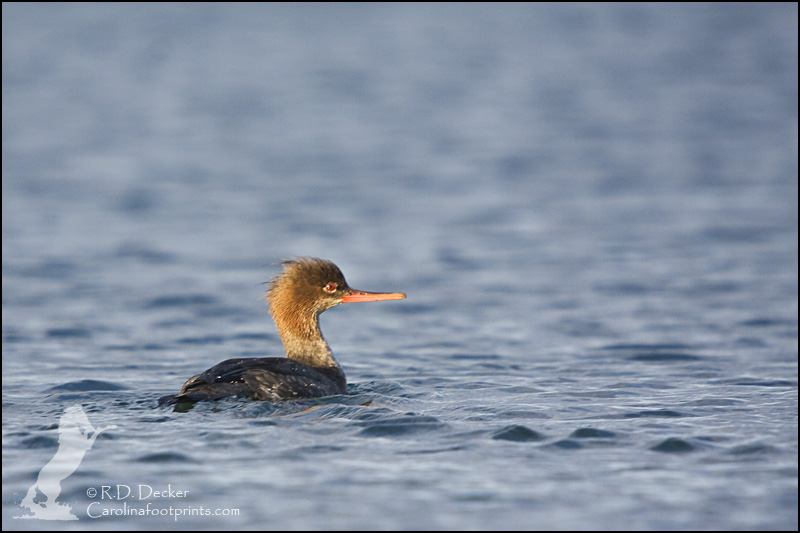 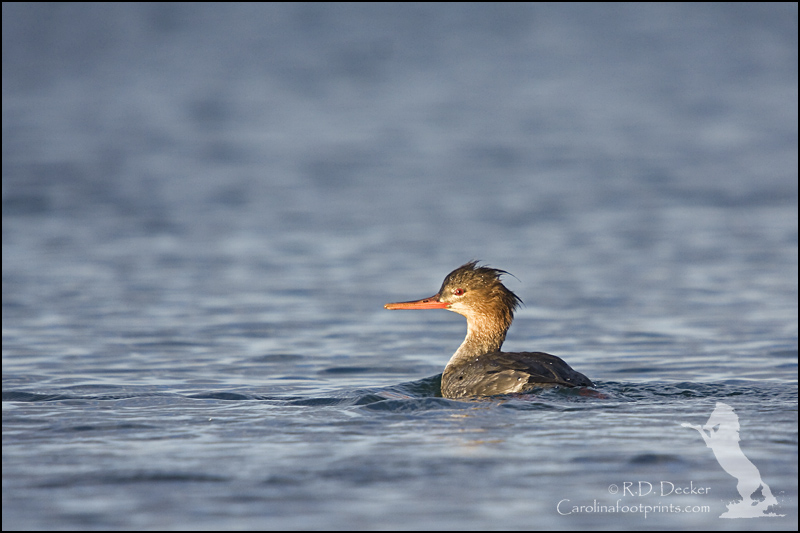