Anyone that’s picked-up a camera equipped with a long telephoto lens to pursue making images of shore birds probably has a few stories to tell about their encounters with Belted Kingfishers. These handsome little birds are small, fast and ever so camera shy. For many avian photographers they are considered a “nemesis species,” a bird that’s really tough to get in front of the lens. I’ll readily confess that my success with these little guys is less than great. Count me among those that have been heard saying, “any photo of a Belted Kingfisher is a good photo of a Belted Kingfisher.” I got lucky this morning and managed to get within camera range in my kayak and squeeze off a few snaps of the shutter before my subject took to wing. Are these the best photos of a Kingfisher I’ve seen? Not by a long shot. But hey, they’re Kingfisher photos… so they’re good, right? 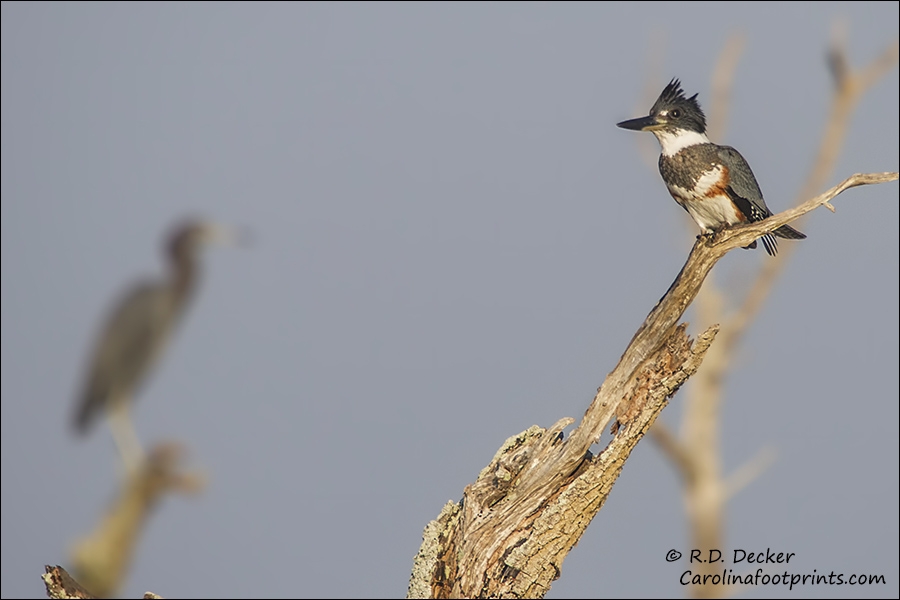 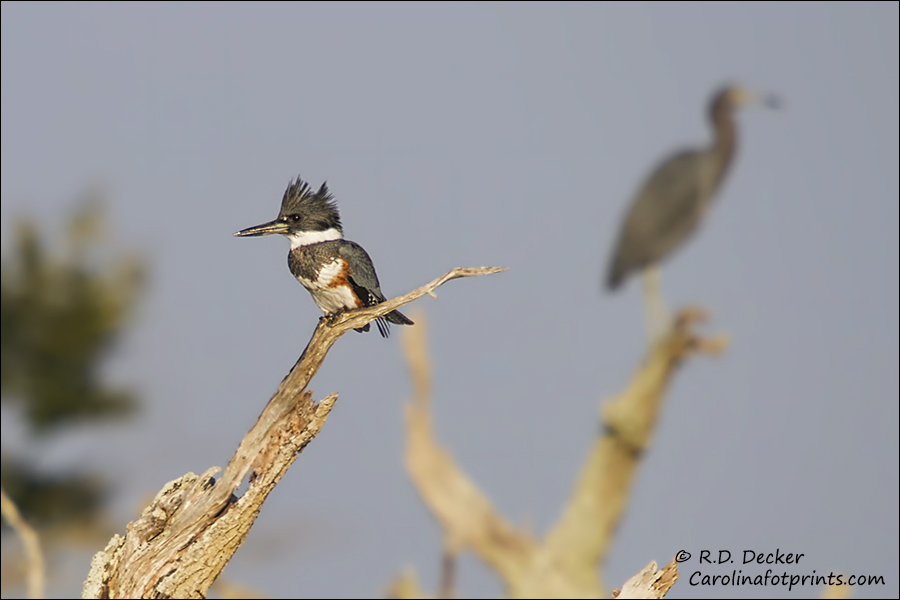