With the recent rain and cold the idea of hitting a trail has just been anything but pleasant. So instead I recently decided to stay close to home… the backyard is pretty close, yes?… by taking some shots around my bird feeders. While I attract a variety of interesting birds to my feeders… Tufted Titmouse, Carolina Wren, Northern Cardinal, Blue Jay, Carolina Chickadee, House Finch and more… I thought I’d post about an often over looked bird; the female Redwing Blackbird. Now a lot of folks might think of the male with his solid black body and red & yellow wing markings as a handsome bird, but I’d bet most don’t give the female a second thought. Personally I think the female Redwing Blackbird is one of the more photogenic birds found in the Carolinas.

Named for the male’s shoulder markings, the Redwing Blackbird would be easily mistaken for a Grackle or a Brewers Blackbird if not for its distinctive epaulets. This bird is found in most of North America as well as much of Central America. Northern RWBs tend to be migratory, wintering in the the southern states and Central America. It isn’t unusual to see large flocks of migratory RWBs in agricultural fields all around NC during the winter (see The Skies Darkened on Jared Lloyd’s Photo Journal). Males average around 9 1/2 inches in length with the smaller female averaging about 7 inches. Young males are colored similar to adult females. 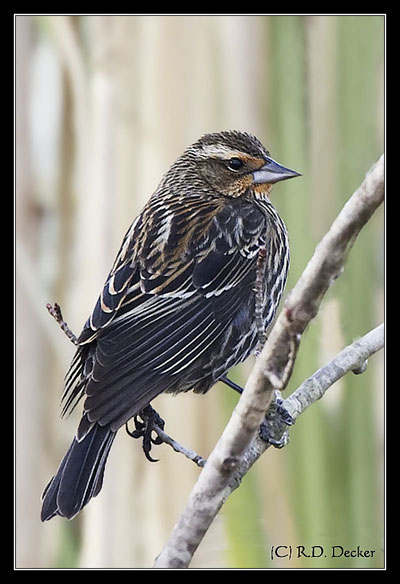 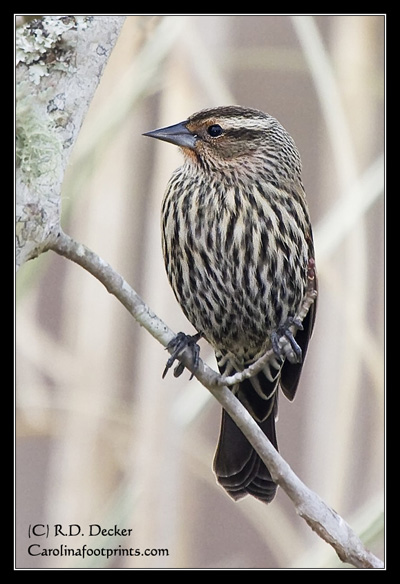 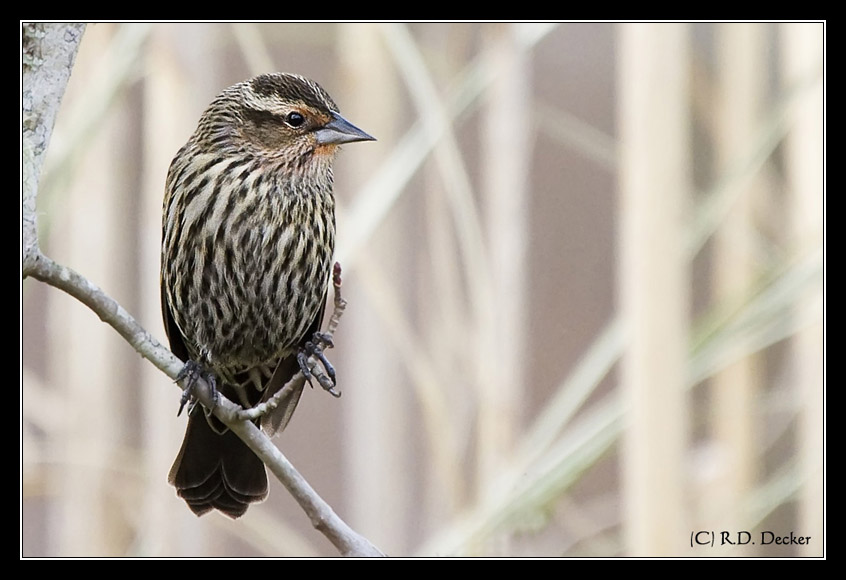 This entry was posted in Wildlife Photography and tagged backyard, Blackbird, photos.