Like most photographers I prefer to make wildlife images in the good light of the early morning or an hour or two before sunset. However, things don’t always work out that way. I’d used my kayak to get over to the Rachel Carson Estuarine Reserve, across Taylor’s Creek from Beaufort, NC. As a volunteer site steward for the reserve I’m supposed to make an occasional visit and patrol some of the property looking for injured animals, trash & debris, and to report on observed wildlife. I try to work those kinds of visits in conjunction with photo outings.

On this morning I started by doing some photography from the kayak, then hiking in to the main watering hole area for some horse photography. The horses were anything but animated while I was there. Photo opportunities were, at best, so-so. After that morning session I walked across the flats to Bird shoal and circumvent the dunes area on the eastern end of the shoal. On the walk I noted several plovers and other shore birds, quite a bit of trash and a spot where someone had stashed a charcoal grill and folding chair in the dunes along the beach. As I strolled back across the tidal flats I noticed that the horses were moving out onto the area to feed. I cut an angle to put myself where they’d cross in front of me, hoping to get some shots of them crossing, possibly splashing some water and with their heads up rather than in the grass feeding. Of course by now it was getting later in the morning and the sun was much higher in the sky than what would be considered ideal. However, I’m not inclined to let a little harsh light stop me from making a few photos.

When shooting in bright light, especially with large subjects like wild horses, spot metering mode can insure you get a proper exposure of your subject. If the background or foreground exposes a little “hot” so be it. The important thing is to get the exposure correct for the subject. It’s possible to shoot in other metering modes in these situations. As long as you understand exposure and how to use the exposure correction features of your camera to insure correct focus on the subject. Using modes such as center weighted or matrix metering there will be a need to set exposure compensation to shot anything from 1/3 to a full stop more than the meter recommendation. Again, let the non-subject areas “blow-out” if necessary but get the exposure right on the subject.

Below are a few shots of the horses shot in bright sunlight. While I wouldn’t suggest they’re the best wild horse images I’ve ever taken, I think they are acceptable. Learning to shoot in a variety of lighting situations is an important lesson for photographers. You never know when that rare photographic opportunity will arise. On the day that an Ivory Bill Woodpecker shows its self to me at high-noon I want to be sure I can make a useable photo of this supposedly extinct species! 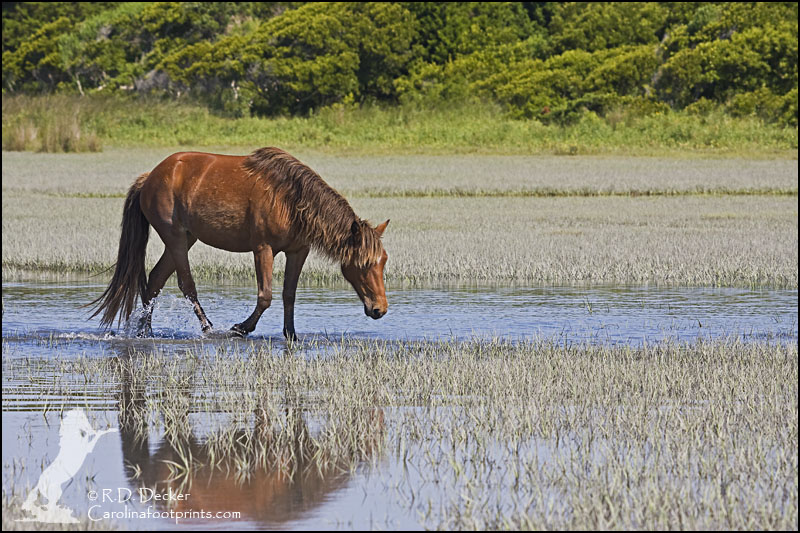 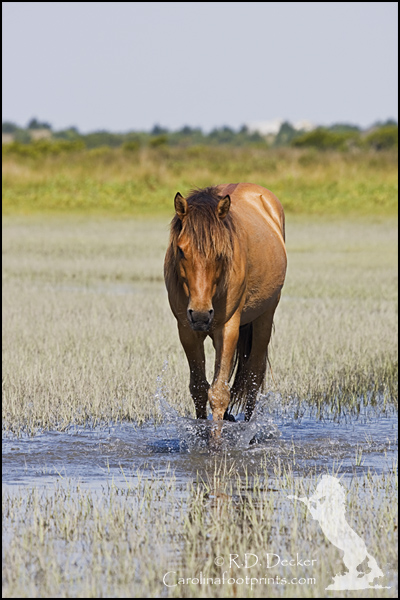 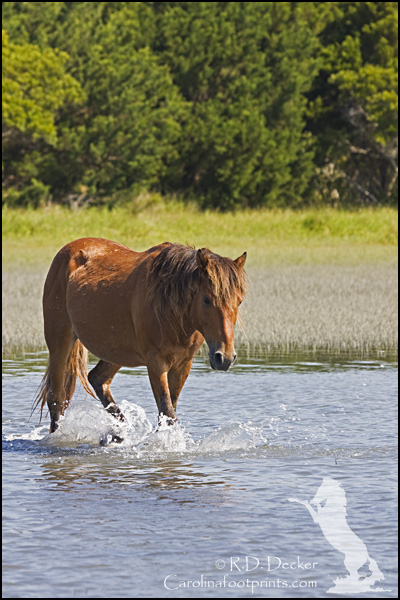 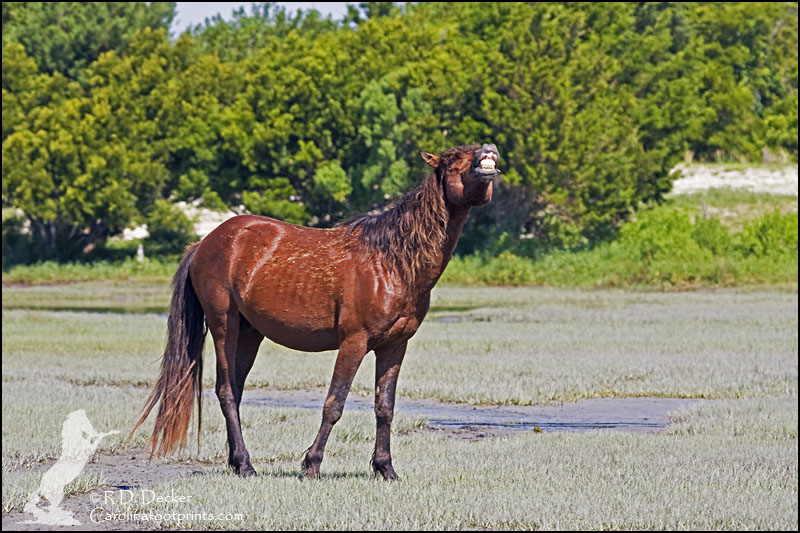